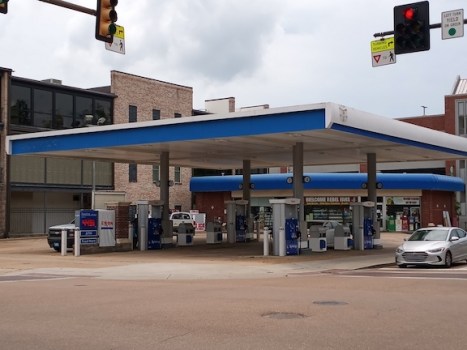 Lindsey’s Chevron is being renamed to Jane’s Exxon to reflect a change in ownership. (Photo: Maya Martin/The Oxford Eagle) 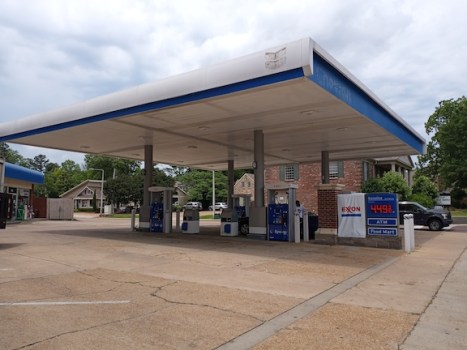 Lindsey’s Chevron is being renamed to Jane’s Exxon to reflect a change in ownership. (Photo: Maya Martin/The Oxford Eagle)

What was once Lindsey’s Chevron is now getting a change in name.

The gas station on the corner of North Lamar Boulevard and Jefferson Avenue will soon display “Jane’s Exxon” to reflect a change in ownership.

During a regular board meeting for the Oxford Courthouse Square Preservation Commission, applicant Chuck Crawford of William Sign Company requested approval to install new signage to change the existing Chevron station into an Exxon station. The existing backlit Chevron awning sign will be replaced with an Exxon sign in the same location.

Crawford does not intend to alter the size or location of signage— just to simply update it. There was no signage above the front entry into the convenience store displaying “Lindsey’s Chevron” but the applicant proposes to install either red or blue backlit channel lettering that reads, “Jane’s Exxon” above the gas station’s front entrance in a simple design and color.

The board commissioners stated that blue was the better sign option, which Crawford agreed on.

“The only problem with blue is that we won’t be able to match it with the blue of the awning,” Crawford said. “That’s the reason the staff told me to go red and Exxon’s colors are red and blue, so we thought that looked a lot better. It looks like it belongs.”

Although the signage options are not the recommended sign type in the Oxford Design Guidelines and are not common in the Courthouse Square district, the Planning Staff found it to be acceptable because the gas station is set far back from the street.