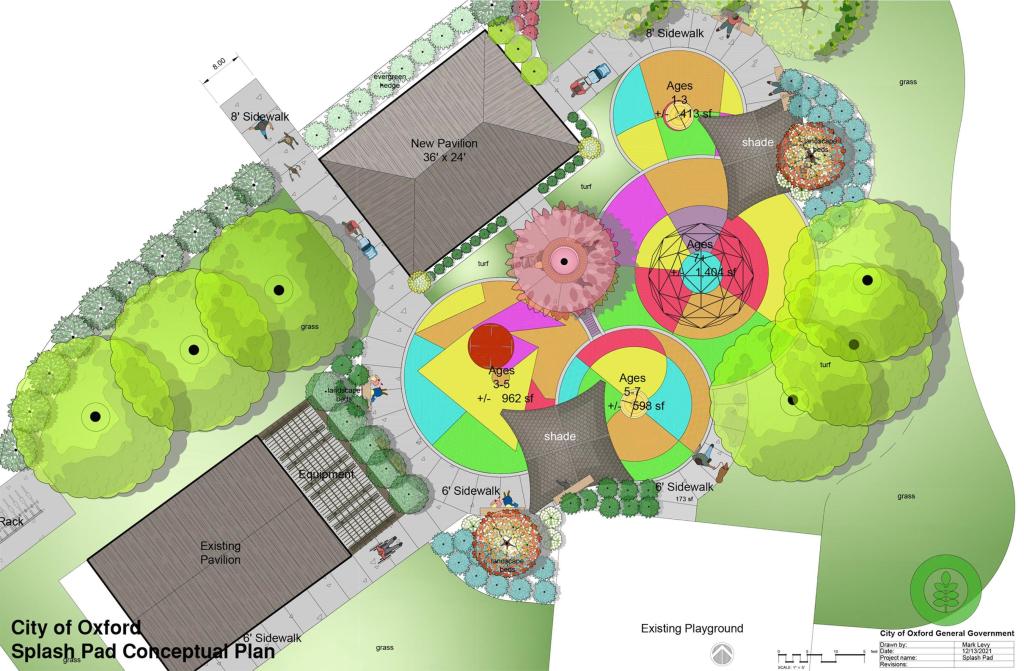 Construction bids for Bramlett Boulevard Splash Pad were rejected in the face of high construction costs.

The city plans to build the Splash Pad on city-owned property at 502 Bramlett Boulevard between the skate park and Skipwith Cottage.

The proposed location has easy access to parking, restrooms, a playground, an existing pavilion and a high-volume water source. A new pavilion will be built when the splash pad is constructed according to the design plans. Amenities such as shade structures, benches, landscaping and more are also included.

When the Oxford Board of Aldermen opened bids for the construction of the Splash Pad in February, it was expected for construction to begin in the spring, but inflation is affecting not only food and gas but construction prices as well.

The Oxford Park Commission received two bids for the project but the lowest bid came from Great Southern Recreation, a commercial playground and splash pad producer based in Huntsville, Alabama.

“The OPC board voted to reject the bids as the bid price was much higher than estimated by our consultants,” said Special Projects Director Mark Levy. In accordance with the Mississippi Supreme Court ruling in the Hemphill Construction Company, Inc. v. City of Clarksdale case, the city is not allowed to accept bids that are more than what is budgeted.

” … We will work with OPC to determine if we need to redesign or if we need to amend the budget in order to proceed with the splash pad in the summer of 2023,” Levy stated.

After Levy’s presentation, the board voted to reject all the bids.

“This is not us canceling this project forever,” said Mayor Robyn Tannehill. “This is us rejecting these bids as we have to based on that Supreme Court ruling, but also knowing we don’t have money budgeted for a project of that size right now. I know I know the splash pad is something that is really important to this Park Commission and to this board so we will try to find a way to move forward in the future.”