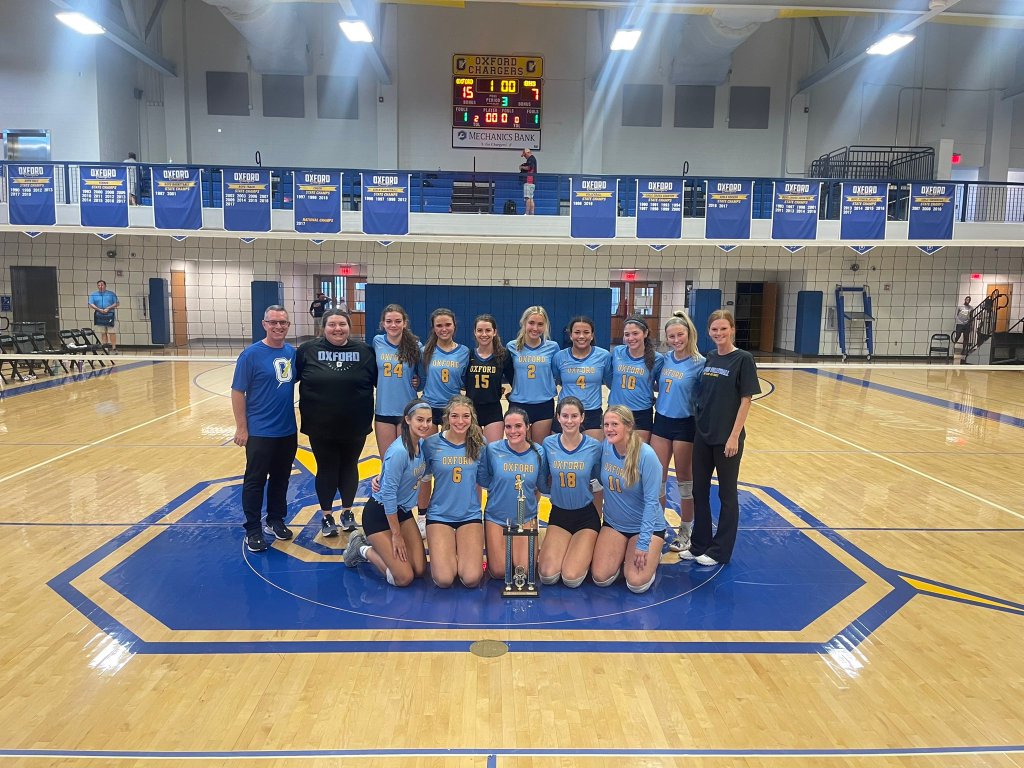 Oxford volleyball improved to 8-0 on Saturday as they went undefeated in the Oxford Invitational to win the tournament title. (OHS Activities)

This one meant just a little bit more.

Nearly a year removed from their historic five-set battle for the Class 6A state championship, Oxford and Brandon squared off once again on Saturday in the championship game of the Oxford Invitational.

The Lady Chargers were able to exact some revenge against the Bulldogs—defeating the Jackson-area powerhouse in a winner-take-all final set after splitting the first two as they improved to 8-0 on the young season.

Junior outside hitter Michael Ann East was outstanding for Oxford—recording 13 kills and eight digs to help the Lady Chargers claim the tournament title.

Martin said she was proud of the way her team responded after dropping the first set—praising their resiliency and desire to win against one of the top teams in the state.

“No matter what this game [against Brandon] is always going to be something special,” Martin said. “Every time we step on the floor with them it’s going to be hard. That’s a great team to have to compete against and I really saw a lot of fight from us today.”

The Lady Chargers will look to extend their winning streak to nine matches on Tuesday when they host Grenada at 6 p.m.