Lafayette to host Horn Lake on Friday in home opener 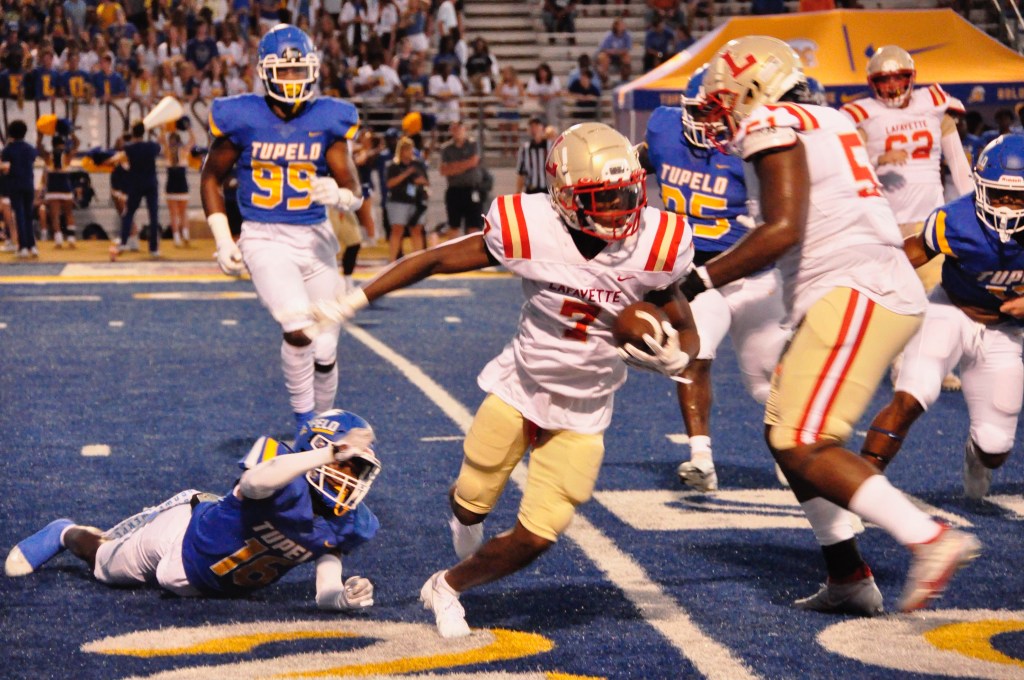 Football is back at William L. Buford stadium for the first time in nearly a year as Lafayette plays host to Horn Lake in their first home game of the 2022 season.

The Commodores (0-1) were routed by Tupelo on the road last week—falling 34-0 to the Golden Wave on a night where seemingly nothing could go right on either side of the ball.

“I thought that they did a good job of mixing in the screen game with the drop back stuff and kind of kept us off balance a little bit defensively,” said head coach Michael Fair. “We’ve got to be more physical on our defensive front.”

Lafayette struggled to keep up with a Golden Wave team that was bigger, faster and stronger at nearly every position, but Fair is confident in his team’s ability to better themselves from game to game.

He said he liked the improvement he saw between the Commodores’ Jamboree loss to South Panola on Aug. 19 and their loss to Tupelo—praising their activity on defense and resilience in the face of adversity.

“As we watch film from week zero, which is the jamboree, to week one and compare the two—we’re heading in the right direction, so I’m happy about that,” Fair said. “I like our personnel. There’s just a lot of guys that that was their first high school football game—or it’s the first time they’ve started a high school football game. There’s no substitute for experience but I see us making strides and that’s what really gets me excited.”

The Commodores will attempt to build on that progress against a young Horn Lake team that finds itself in a similar position following a week one defeat at the hands of Grenada.

The Eagles fell 27-0 to the Chargers at home last week in a game where they managed less than 200 yards of total offense.

Freshman quarterback Jason Edwards Jr. struggled to get going in the defeat—completing just 10 of his 24 attempts for 168 yards.

The young signal-caller did not receive much help from his backfield either as the Eagles totaled -7 yards on 23 carries.

Fair said despite their inexperience the Eagles do have a talented group of athletes who are capable of exploding for big plays on any down.

“They’re very athletic. They have a lot of kids up there and they all look like they can run—and anytime you have a bunch of kids that can run you got a shot,” he said. “You can see them doing some really good things, it just hasn’t really clicked for them yet. Our job is to make sure it’s at least one more week before it does.”

Lafayette will play host to the Eagles at 7:30 p.m. on Friday at William L. Buford stadium.