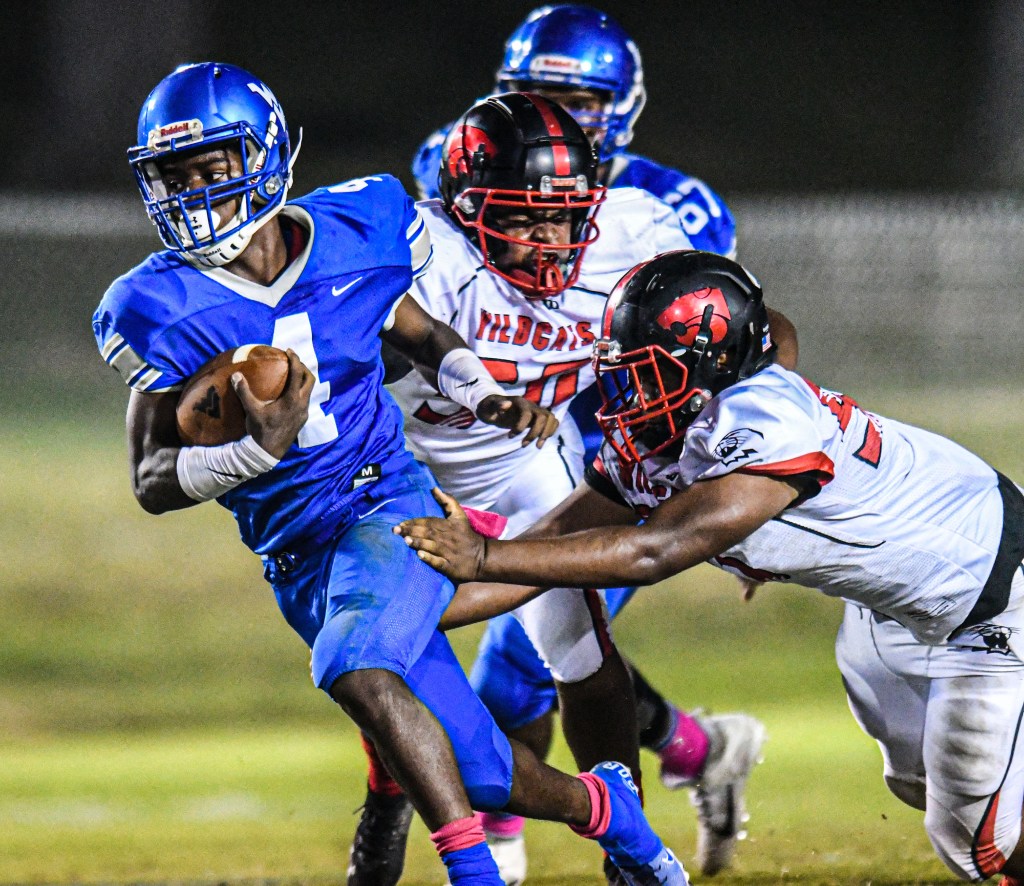 Water Valley’s football game against Bruce has been moved up to Thursday night at 7:30 p.m. due to weather concerns, head coach Brad Embry announced on Wednesday.

The Blue Devils (1-1) were originally scheduled to take on the Trojans (1-1) on Friday night, but the game was moved to Thursday due to the possibility of thunderstorms in the area.

Water Valley shut out the Trojans in each of their last three matchups dating back to 2018—outscoring them 145-0 over that stretch.

They are coming off a 34-6 loss to Senatobia in which they struggled to contain the Warriors’ balanced offensive attack, but will try to bounce back with a win tonight before returning home to face Calhoun City next week.