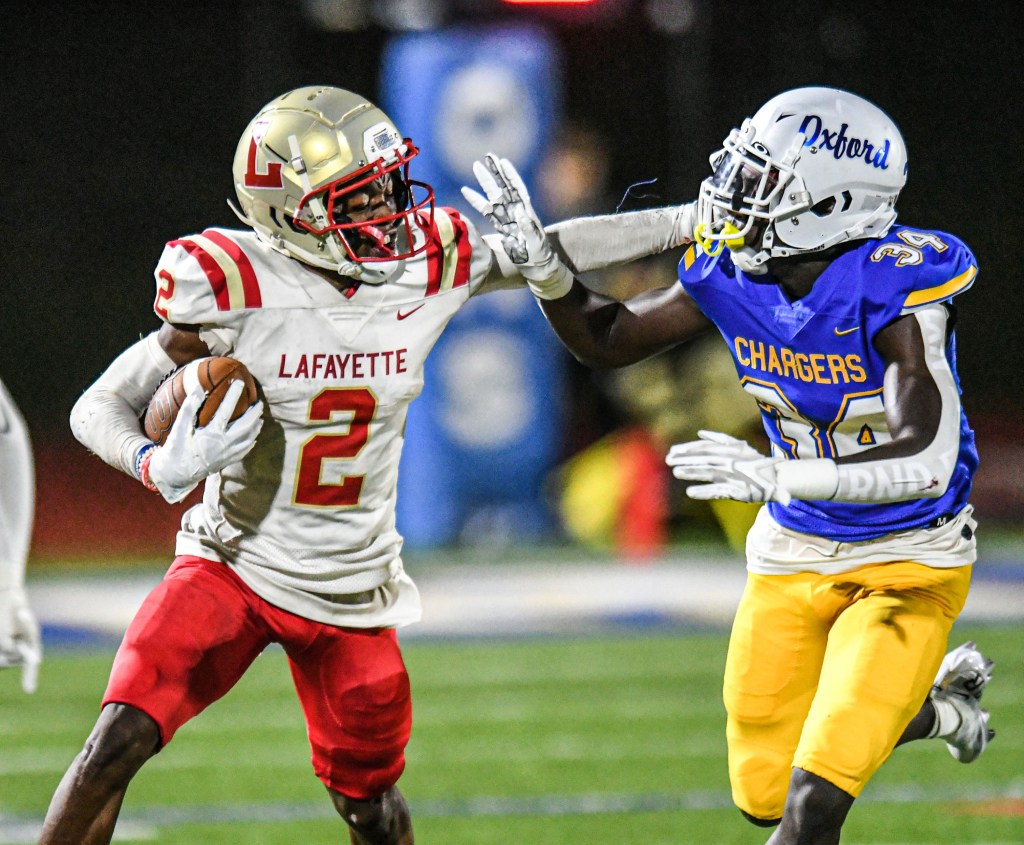 Lafayette football will try to bounce back from an emotional loss to Oxford in last week’s Crosstown Classic on Friday as they host West Point in their first region game of the season.

The Commodores (1-3) struggled to find a rhythm against the Chargers after a chaotic start to the game as they were outscored 21-6 over the final three quarters in a 43-19 defeat.

Head coach Michael Fair said the early mayhem was a product of the emotionally-charged atmosphere—which he says also made it difficult for his team to settle in.

“I can just remember thinking in the middle of it where—maybe it was 15-6 or something like that—and then we score on the kickoff return and I’m just thinking the whole time that the first team that settles down has got a chance to win this thing,” head coach Michael Fair said. “It was a real emotional atmosphere—not just for the fans but for the players as well. You gotta do something with those emotions and I think that was a product of all that. It just seemed like Oxford settled down a little faster than we did and got it turned into a football game but by that time we had a pretty good deficit.”

The big question for the Commodores following the loss was the status of running back Jay Reed—who was banged up multiple times in the loss and is dealing with a nagging shoulder injury.

“I think Jay’s going to be fine,” said Fair. “He’s banged up for sure with that shoulder but he’s a tough young man and I think he’s gonna be fine.”

Lafayette will need Reed at full strength on Friday as they prepare to take on a West Point team coming off six straight North Half championships.

The Green Wave (1-2) will be hungry for a statement win as they enter Friday’s contest with a sub-.500 record after losing back-to-back games on the road to Louisville and Starkville to open the season.

Fair stressed the importance of being ready from the kickoff against the Green Wave—who will play the same physical brand of football despite their slow start to the season.

“I mean they’re the same old West Point. They’re a really physical football team and I don’t think they’re far off from where they were last year,” Fair said. “We got our work cut out for us but our kids are gonna be ready.”

Fair also said his young team is in a unique situation entering Friday’s contest as they sit at 1-3 on the season with losses to three strong 6A programs.

“I’m excited about where we are,” Fair said. “We wish our record was different but it’s not so how we react to that kind of determines who we are as a football team and I like where we are right now.”

The Commodores will kick off against the Green Wave at 7:30 p.m. on Friday at William L. Buford Stadium. The game will be available on lafco.live and Q105.1 FM.