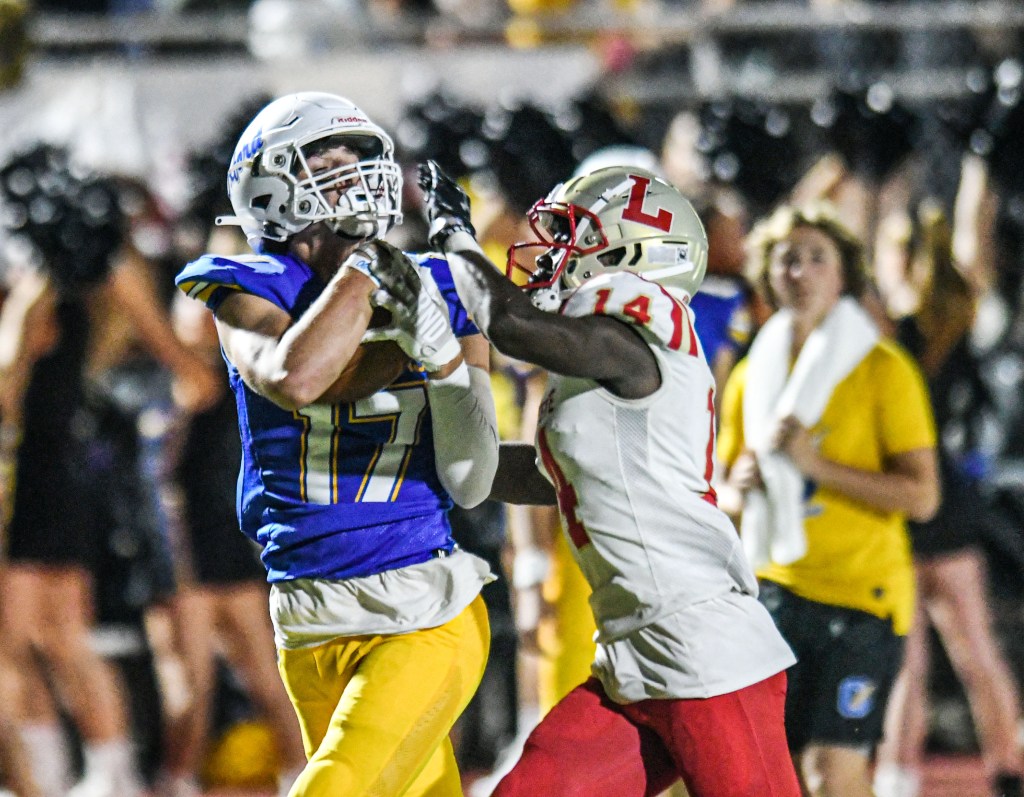 Oxford football kicks off their Region 2-6A schedule on Friday as they travel to Jackson to take on Murrah following a 43-19 win over Lafayette in the Crosstown Classic on Friday.

The Chargers (2-1) jumped out to a massive lead in the first half against the Commodores thanks to a career performance from running back Roman Gregory— who rushed for 102 yards and five touchdowns to give Oxford a 36-13 lead at the break.

Head coach Chris Cutcliffe praised Gregory’s versatility and work ethic following the game—adding that his success on the field this season is a product of years of hard work and dedication.

“He’s such a versatile guy,” Cutcliffe said. “He can do so many different things. He’s a weapon as a returner, he’s a weapon catching the football—whether he lines up at receiver or catching it out of the backfield—and then obviously [he’s a weapon] running the football as well. He’s been a consistent playmaker for years but he’s really taken it to another level this season.”

The Chargers relied on a strong performance from tight end Jack Harper—who hauled in six passes for 73 yards and a touchdown in the victory.

The junior has quickly established himself as a security blanket for quarterback Mack Howard, and is poised for a huge junior season after recording 265 yards and five touchdowns as a sophomore in 2021.

“Jack’s been awesome. He had a great sophomore year a year ago and he’s just gotten bigger and faster and stronger,” said Cutcliffe. “He’s also—just again—a versatile guy who can line up at tight end, he can line up at H-back, he can line up at receiver, he can do a lot of different things. When you have a guy with that kind of versatility it makes it fun to move them around and use them different ways.”

The win gave much-needed momentum to the Chargers as they begin the gauntlet that is Region 2-6A play.

They kick off their region schedule on Friday against a Murrah team that is still searching for answers after an 0-4 start to the season.

The Mustangs, who have won just seven games in the past seven years, lost a heartbreaker to Cleveland Central in their season opener before dropping three more games to Callaway, Terry and Port Gibson.

Cutcliffe said despite their record the Mustangs possess elite team speed that makes them difficult to defend—especially on special teams.

“They’ve got some guys that can make plays, especially on special teams,” said Cutcliffe. “When you have team speed [like Murrah], I think special teams is where that can show up and so against Cleveland Central earlier this year—they scored four touchdowns in one game on special teams, which is pretty remarkable. You don’t see that very often.”

The Chargers, who usually boast some of the most fundamentally sound special teams units in the state, have struggled in that area through the first few weeks of the season.

Cutcliffe said his team is working diligently in practice to turn those struggles around—pointing to special teams as an area of emphasis as the Chargers enter region play.

“We weren’t really pleased with how we played in that regard last week so it’s definitely something that—we attack it every week on the practice field but we definitely want to see ourselves have a great week of preparation on special teams for sure,” said Cutcliffe.

Oxford will kick off against the Mustangs at 7:30 p.m. at South Jackson Field on the Forest Hill High School campus. The game will be available on osdcharger.tv and The Bullseye 95.5 FM.