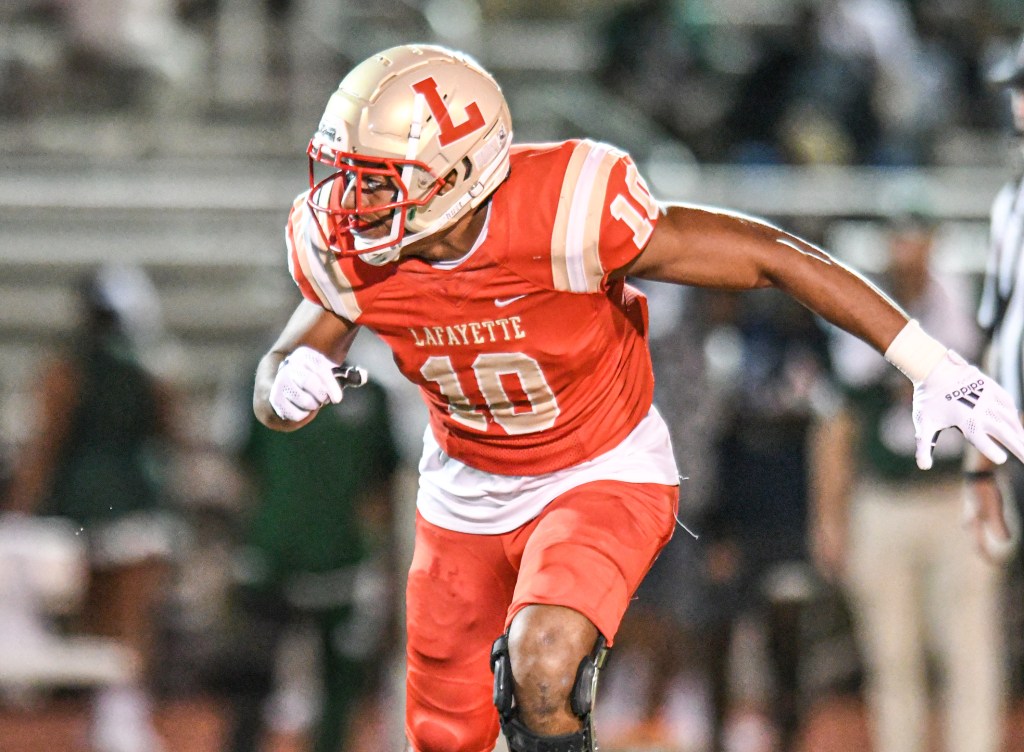 Lafayette football suffered a significant blow on Friday as junior linebacker Martrell Wilbourn went down with a season-ending injury during the first half of the Commodores’ 34-14 victory over New Hope.

Wilbourn was taken to a Columbus hospital where doctors determined that he would require surgery to repair a broken patella in his knee.

“Martrell’s in good spirits and he’ll be cheering us on the rest of the year while he gets ready for his senior season,” said head coach Michael Fair. “Our guys understand the opportunity that’s in front of us and I’m sure the next guy that we put in that position will be ready to go.”

Fair said the loss of Wilbourn was a significant blow to Lafayette’s defense, but pointed out that the Commodores have tremendous depth at the linebacker position and stressed the importance of having a “next man up” mentality.

“We have several seniors on that side of the ball and they’ve kind of been guys who have rallied the troops these last few weeks. Martrell is a great player obviously, and of course he’ll be missed but it’s a next man up-type mentality for us,” said head coach Michael Fair.

Lafayette returns home this week as they face off with Cleveland Central before heading back on the road for matchups against Greenville and Lake Cormorant to close the season.