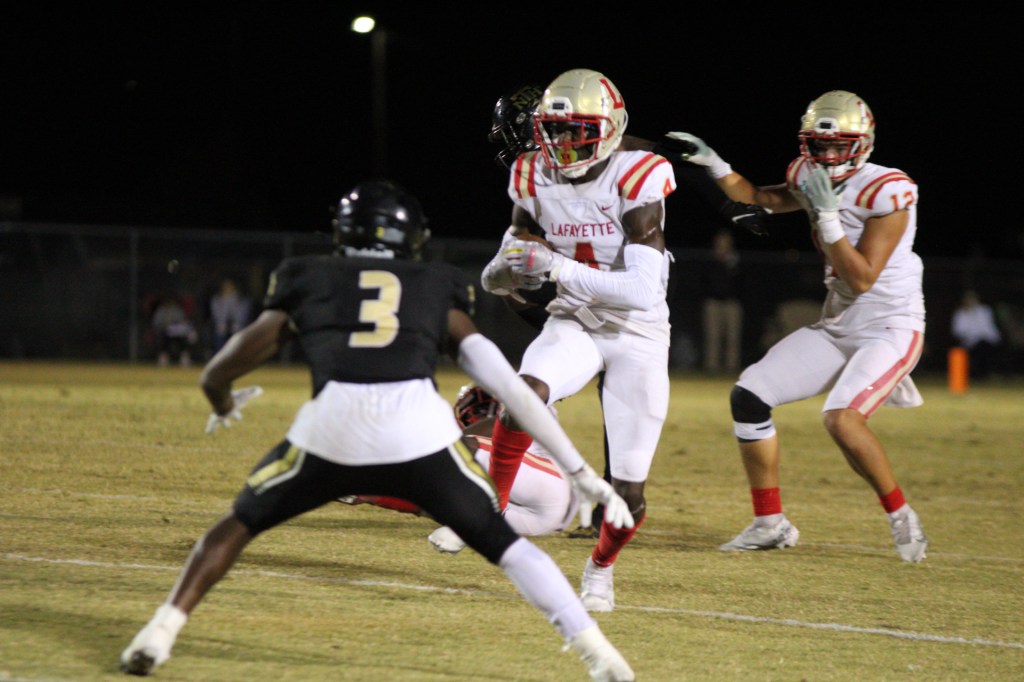 Lafayette kicks off their quest for their first state title since 2016 on Friday as they take on Callaway in the first round of the MHSAA Class 5A playoffs.

The Commodores (7-4, 6-1 Region 1-5A) enter the postseason on a six-game winning streak following a 1-4 start to the season, and will be eager to keep their winning ways alive against a talented Chargers squad.

This will be the first-ever meeting between Lafayette and Callaway, who finished the season as the No. 3 seed in Region 2-5A behind Vicksburg and Neshoba Central.

The Chargers jumped out to a 6-0 start to the year before losing two of their final four games in the regular season to finish with an 8-2 record.

They finished with a winning record for the first time since 2016, and now make their first playoff appearance since losing to Oxford in the North Half championship game in 2013.

“They’re an unbelievably talented bunch that’s coming up here,” said head coach Michael Fair. “You think about getting home field advantage in the first round of the playoffs but this is no cakewalk, these guys are really talented. The thing that jumps off the screen is their length and athleticism but they have a good defensive front too.”

The Chargers boast a variety of talented playmakers on both sides of the ball, headlined by 2023 athlete KeDarius Wade and defensive end Chris Brown.

Wade is a tall, rangy athlete who lines up at receiver, running back, defensive end, linebacker and quarterback. The 6-foot-4 speedster leads the team in touchdowns and is capable of breaking loose on any play.

“They’ve got playmakers all over. [Wade] is just a dynamic playmaker at wildcat quarterback and receiver but he can also play defensive end and you don’t see that much,” Fair said. “We’re going to have to be fundamentally sound and make sure we tackle well.”

Brown is a large, physical defensive lineman who excels at getting into the backfield quickly to disrupt plays before they can develop. The 6-foot-2, 245-pound end recorded over 16 tackles for loss in the regular season, and presents a difficult task to a Lafayette offensive line that struggled early in the season against talented defensive fronts.

“He’s really good and he can be a game-changer if you allow him to be,” Fair said. “He makes a lot of plays in the backfield — he’s a drive-killer. If he gets disruptive and gets you for a loss on first down it can really set things back so we need to know where he is on every snap.”

The Commodores will kick things off against Callaway at 7 p.m. on Friday at William L. Buford Stadium.