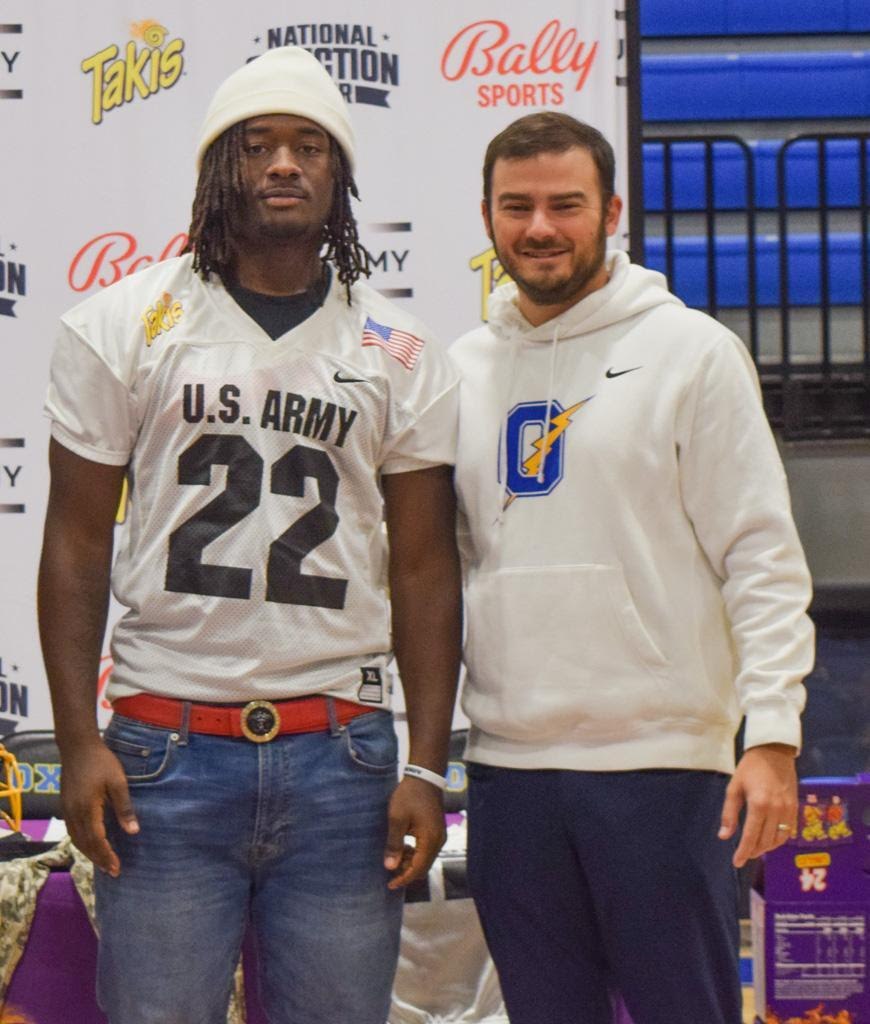 Alex Sanford, linebacker for the Oxford Chargers and future Arkansas Razorback, was among 84 players in the nation to be selected to play in the U.S. Army All-American Bowl on January 5, in San Antonio, Texas.

Players are selected by a committee of national recruiting experts and placed on the East or West team. Yesterday, Oxford High was among the 138 stops on the selection tour which brings Army representatives to each player’s high school, where a game day jersey is presented before the player’s peers, parents, coaches, athletic directors and principals.

This important opportunity allows the Army to communicate the important tie between athletes and Soldiers– their strength, dedication, teamwork and values.

Sanford and his selected team-members will follow in the footsteps of some of the country’s top college and professional players and have the elite opportunity to highlight the skills and values they share with Soldiers in the United States Army.

The 6-foot-2, 240-pound senior had 120 tackles, 17 for loss, three sacks and five quarterback hurries in 12 games last season. The senior helped lead the Chargers to a 8-5 record.