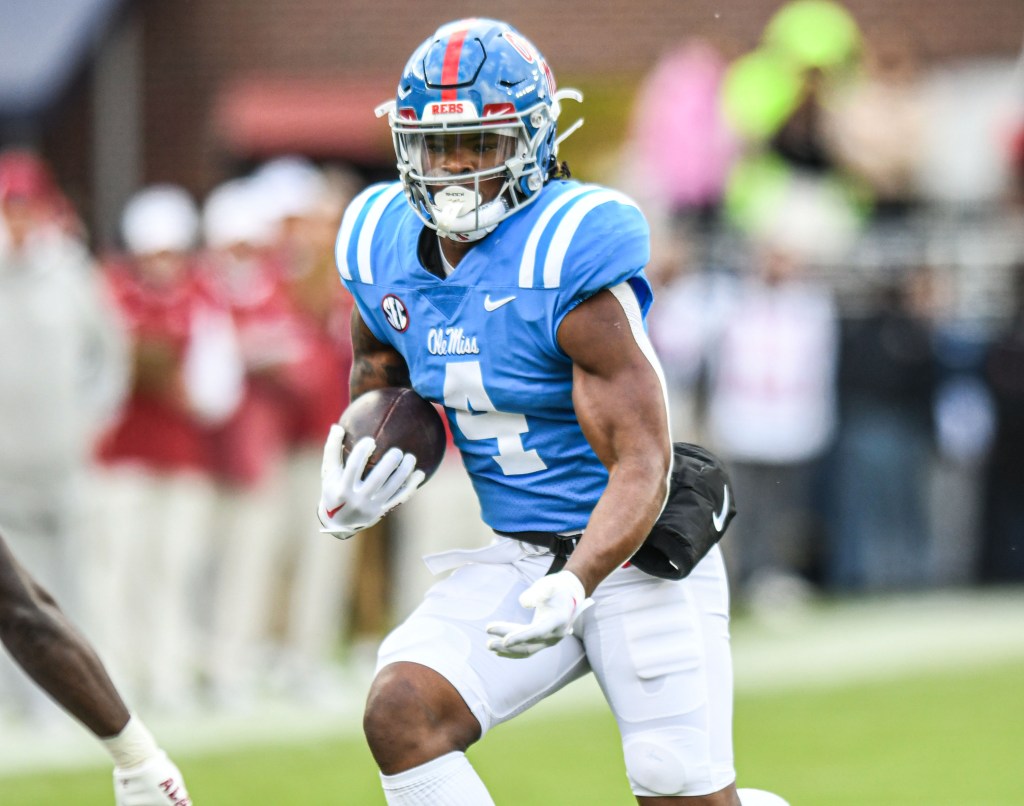 Ole Miss running back Quinshon Judkins reached another significant milestone on Saturday as he broke the program record for rushing yards in a single season a week after topping the school’s single-season rushing touchdown leaderboard in a loss to Alabama.

The freshman from Pike Road, Alabama entered Saturday’s contest against Arkansas needing 142 yards to eclipse Kayo Dottley’s all-time mark of 1,312 yards set in 1949, and he broke the 73-year old record with a 60-yard run late in the third quarter that set up the Rebels’ first touchdown of the night.

He will have a chance to build on those records on Thursday when Ole Miss hosts Mississippi State in the 119th edition of the Egg Bowl.