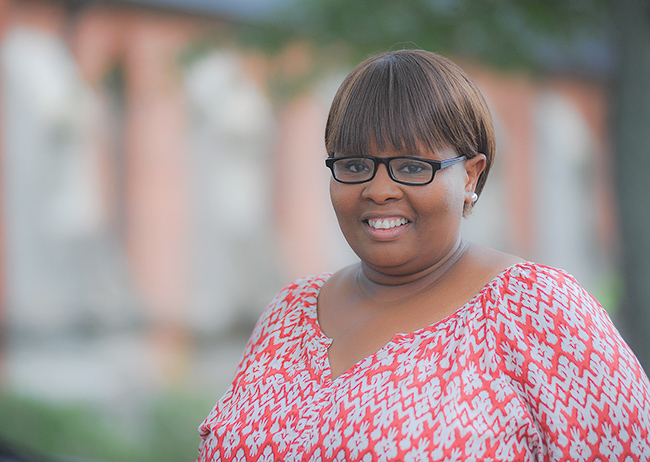 When Jackie Certion saw the need for a free summer reading and math program, she jumped at the opportunity to help L-O-U kids learn while school was out.

Certion, an academic adviser at the University of Mississippi, started the “Kick it in Gear” Math and Reading Program so students could maintain and grow the skills they developed during the previous year in school.

“I feel like there are a lot of parents who want these things for their children but they just can’t afford it,” Certion said. “So often throughout the summer students take two months off and when they go back to school in the fall their brains have to be rejuvenated.”

The program, which started with one student and ended with 15, met twice a week for an hour and a half at the Lafayette Civic Center during the month of July. Fifth- through ninth-graders from the Oxford, Lafayette County, South Panola and Tupelo school districts joined the group to continue developing their reading and math skills.

To help with the program, Certion teamed up with three volunteer students and graduates from Ole Miss — Nicollette Brooks, Takiiah Parker and Theronica Woods.

“(The volunteers) did things to make it fun,” Certion said. “They challenged the students to go beyond what they thought they could do initially when they first came in.”

Certion kept the program free by seeking volunteers, asking Lafayette Civic Center leaders if she could use its facilities, and finding donors who provided books for the program. She also used Khan Academy, an online resource for parents and teachers that allows its users to print math materials for free.

The students read “Roll of Thunder, Hear My Cry” by Mildred D. Taylor, “Theodore Boone: Kid Lawyer” by John Grisham and books from the Bluford Series.

Tonya Woods, data clerk at the Lafayette Middle School Counseling Center, enrolled her son Jacob in the program because “students forget their math skills and do not like to read.”

She and Jacob were both happy he attended the program, plan to enroll again next year and would recommend it to others.

“I learned that math and reading are a very important part of our young lives,” Jacob said. “And since school has started, I am able to apply some of the things that I learned from camp.”

Certion said knowing there is a need for the reading and math program and parents and students had a desire to learn is what motivates her to keep it going.

Certion plans to continue the program next summer at the Lafayette Civic Center, meeting Tuesday and Thursday afternoons during the month of July. She hopes to expand the program to include first through ninth grades next summer, and said she would be happy to have 50 to 65 students participate.

“The more the merrier,” she said. “As long as we have enough volunteers we’re not putting a cap on the numbers.”

Parents who are interested in enrolling their children in the program or volunteers interesting in helping or donating items should contact Certion at mrsjc1922@gmail.com.