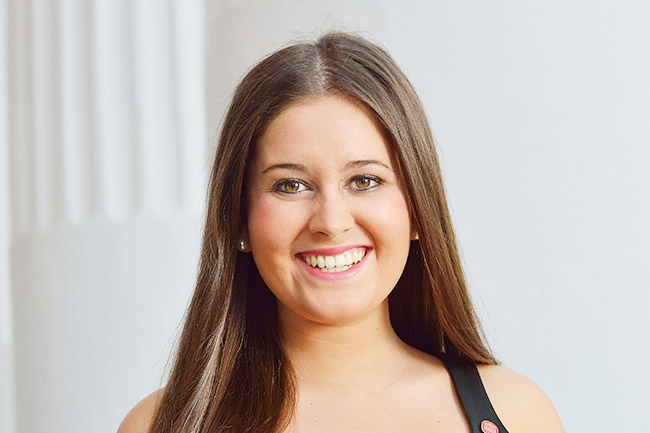 Oxford native Heather Neilson, 21, and her sisters, Rosemary, 16, and Marjorie Ann, 14, all have something special to celebrate this week. All three young ladies play a significant role in homecoming activities at their respective schools.

While Rosemary and Marjorie Ann are members of the Oxford High School homecoming court, Neilson was recently elected as the 2015 Ole Miss Homecoming Queen.

Heather Neilson, 21, lived in Jackson until age 2 when she moved to Oxford with her family. Her great uncle once owned Neilson’s Department Store on the Square before it was sold, and some of her fondest early Oxford memories were playing in Avent Park.

“I came to Oxford, and everybody was just so nice,” she said. “I remember thinking all of a sudden that everyone was my friend.”

Neilson attended Oxford University School in first grade before enrolling in the Oxford School District. She graduated from Oxford High School in 2012.

“I was a cheerleader all four years,” she said. “I loved cheering. I also did theater. I was student body president my senior year.”

The integrated marketing communications major originally planned to study speech pathology at the University of Mississippi. Instead, she completed the undergraduate classes necessary for nursing school in case she decides to attend in the future. She currently plans to pursue a career in public relations.

This summer, Neilson interned in Washington, D.C., with Crossroads Strategies, a federal relations, advocacy and advisory firm, and with Senator Roger Wicker’s office on Capitol Hill. She said she’d like to work for a lobbying firm or as a policymaker.

“It was so neat,” she said. “I was not treated like an intern at all. I was part of the team. I got to do a lot of policy work and see how the entire lobbying process went, and I got to meet a lot of cool people along the way.

“I know I want to do public relations there. Politics is really something I’m passionate about, so being up there inspired me to do that more.”

Neilson said she had never thought about running for homecoming queen until she was approached by one of the leaders of her sorority, Tri Delta, and asked if she would consider running.

“It was so much fun,” she said. “I had the best group of friends come out and support me, and people helped get my campaign together. I just knew no matter what really happened, I would have the best experience.”

Neilson said they announced her name as the winner while standing front of the Lyceum.

“I was just so excited,” she said. “I think it was neat to see that all of our hard work as a campaign team paid off.”

She said the Ole Miss homecoming queen is the official host of the university.

“Another cool thing that not many people know about – this year, both of my sisters are on the OHS homecoming court Friday night,” she said.

Rosemary, a junior, and Marjorie Ann, a ninth-grader, will also participate homecoming festivities.

“We get to share that weekend together,” said Neilson.

Rosemary Neilson said the experience has been “crazy.”

“Me and Marjorie Ann found out first,” she said. “When we found out Heather was homecoming queen, we were like ‘How did this happen?’”

“It’s crazy. It’s so exciting, and we cannot wait. It’s been a wonderful experience.”

“None of us knew this was going to happen,” she said. “It is just surreal. I honestly thought it was like a prank at first. It’s crazy.”

Hal and Michelle Neilson are proud of all three of their girls.

“They are such sweet girls,” said Hal. “They are ladies. They have such good hearts. Apparently, they are popular in the school. Their mother and I are so extremely proud of them we don’t know what to do. They are model children.”

The Ole Miss Homecoming Parade will be held at 5:30 p.m. Friday on University Avenue.

Oxford High School will hold a homecoming carnival and pep rally at 3:30 p.m. Friday. The homecoming queen will be crowned later that night at the football game.