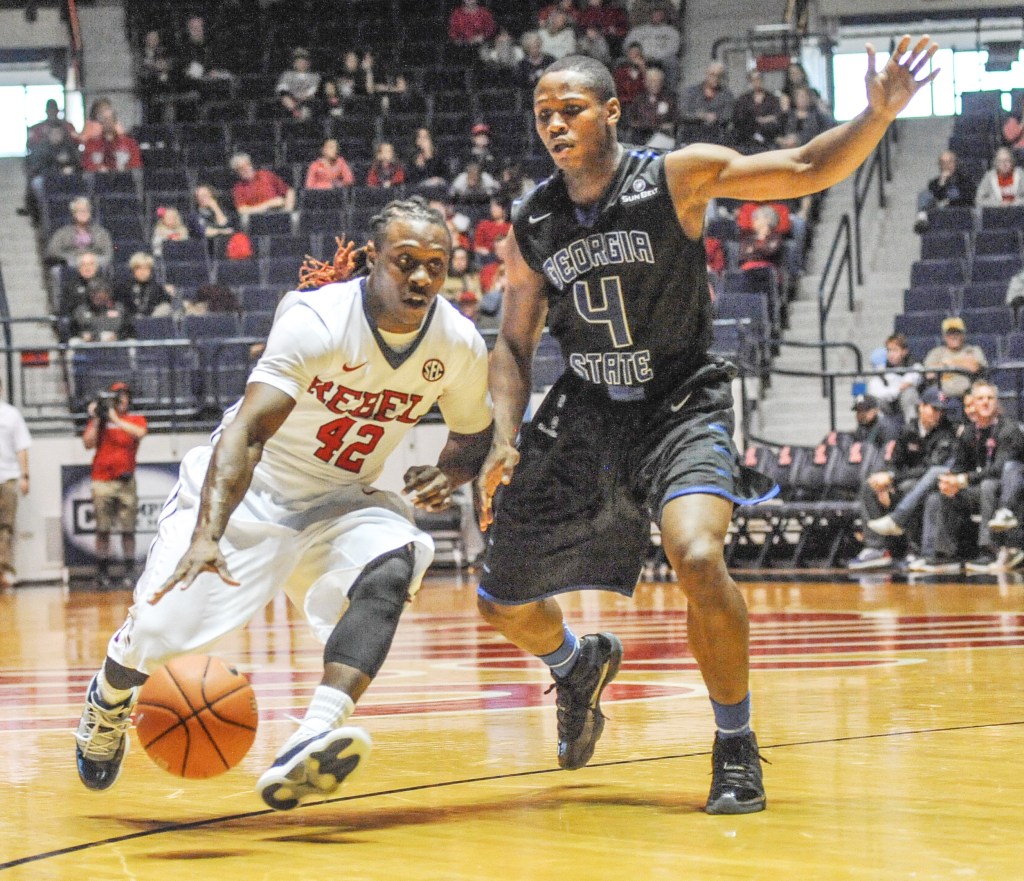 Stefan Moody had a team-high 21-points, Tomasz Gielo added 13, and Ole Miss held off Georgia State for a 68-59 win at C.M. “Tad” Smith Coliseum on Wednesday.

Moody, the Southeastern Conference’s second-leading scorer, had just seven points at halftime but scored 14 of the Rebels’ last 19 points to finish in double figures for the sixth straight game to start the season. Gielo carried Ole Miss (4-2) early with 11 of his points in the first half before fouling out late.

But the Rebels couldn’t breathe easy against the Panthers (2-1) until the final seconds.

Georgia State got within 58-56 with 2:18 left on a pair of free throws from Jeremy Hollowell, who finished with a  game-high 23 points. But the Rebels got points on each of their next three possessions with Moody corralling a loose ball between the circles on the final one and driving in for a dunk to push the lead to eight with less than a minute remaining.

Moody started his third straight game at the point, a move head coach Andy Kennedy said he decided to make after Ole Miss’ loss to George Mason in its opening game of last week’s Gildan Charleston Classic with Sam Finley struggling and J.T. Escobar battling back spasms. The senior went 7 of 8 from the free-throw line and dished out five assists against just two turnovers.

Moody (6 of 13) and Gielo (4 of 7) combined to shoot 50 percent from the floor to help Ole Miss stay ahead for all but 40 seconds of game time despite some hesitation and sloppy ball-handling against Georgia State’s matchup zone. The Rebels committed a season-high 15 turnovers, allowing Georgia Southern to stay close throughout despite shooting 48 percent from the field as a team and nearly doubling the Panthers up on the glass (39-20).

Gielo pulled down a season-high six rebounds while Sebastian Saiz grabbed eight boards. Saiz had just seven points, finishing with that many or less in three of his last four games after starting the season with consecutive double-doubles.

Ole Miss will hit the road Saturday to take on Bradley. Tip is set for 1 p.m.

Due to early holiday deadlines, full coverage of Wednesday’s game will not be in Thursday’s edition of the EAGLE. See Friday’s paper for complete coverage.