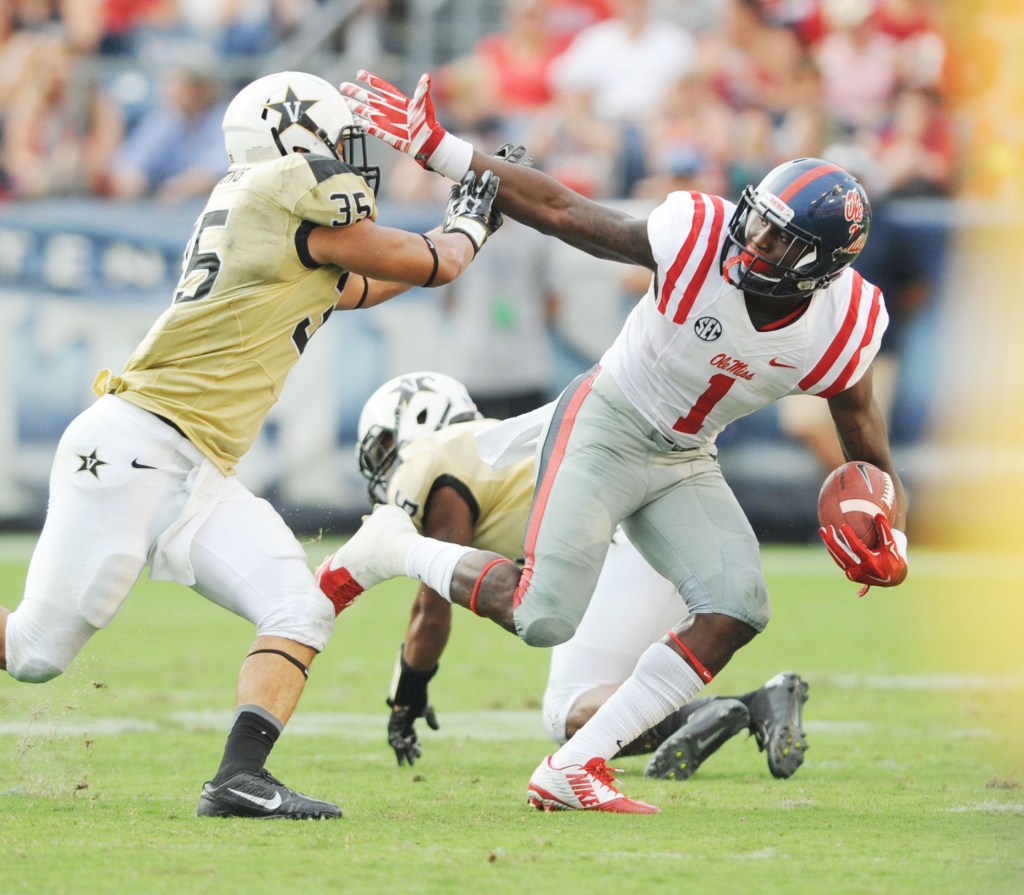 “After sitting down with my family, we have decided it is time for me to take the next step in my career and enter the 2016 NFL draft,” Treadwell said in a statement released through the school. “It’s always been a dream of mine to play in the NFL, and I can’t thank my teammates, coaches and our great fans enough for their unbelievable support since the first day I stepped foot on campus.”

The 6-foot-2, 212-pound Treadwell returned from a gruesome leg injury at the end of his sophomore season in 2014 to put together the best statistical season ever for an Ole Miss receiver this fall. Treadwell, one of the headliners of Ole Miss’ 2013 recruiting class, set single-season school records for catches (82), receiving yards (1,153) and touchdown receptions (11) and also had five straight 100-yard games and six consecutive games with a touchdown catch, both school records.

Treadwell was a finalist for the Biletnikoff Award, which annually goes the nation’s most outstanding receiver. He’s Ole Miss’ career receptions leader with 202.

The Crete, Illinois, native capped his career with six catches for 71 yards and three scores in the Rebels’ 48-20 win over Oklahoma State on Friday. His three touchdown grabs tied a Sugar Bowl record, helping Ole Miss capture its first Sugar Bowl win since 1970 and its first 10-win season since 2003.

Treadwell is widely projected to be the first receiver taken in next year’s draft. He’s projected to go as high as No. 4 overall to the Dallas Cowboys by nfldraftscout.com. 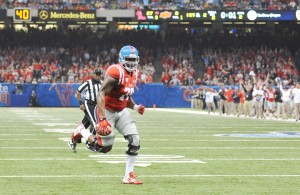 Tunsil is soaring in mock drafts and could possibly be the No. 1 overall pick in next year’s draft. NFL Draft Scout has the Tennessee Titans taking the 6-5, 305-pounder with the first selection.

“After weighing the decision with my family, I will forgo my senior season and enter the 2016 NFL Draft,” Tunsil said in a statement. “It’s been a lifelong dream to play in the NFL, and I’m excited about the challenge in front of me. I will always cherish my time at Ole Miss and the relationships with my teammates, coaches and staff. Those are my brothers, and I will always be a Rebel. I’m proud of what my class accomplished, and I know even bigger things are ahead for this program.”

Tunsil, a two-time All-American and three-time All-SEC selection, protected the blind sides of Bo Wallace and Chad Kelly for the last three seasons, allowing just two sacks in 29 career games. Another decorated member of the Rebels’ 2013 signing class, the Lake City, Florida, native played the final five games this season after serving a seven-game suspension handed down by the NCAA for receiving extra impermissible benefits.

His final collegiate play was a 2-yard touchdown run on a throwback lateral on the final play of the first half of the Sugar Bowl.