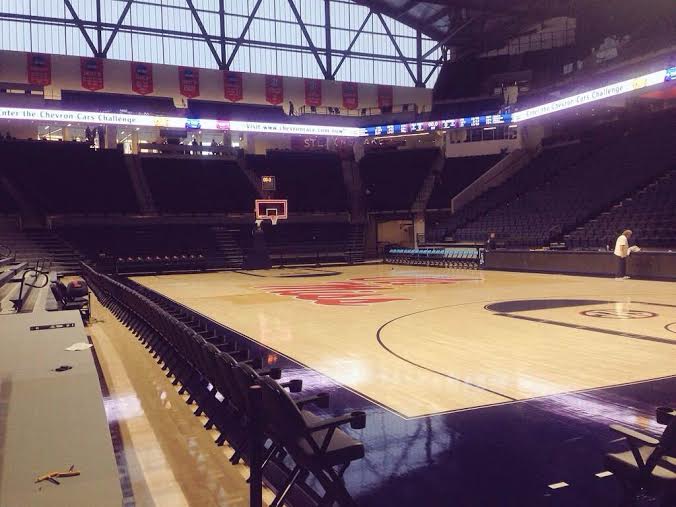 A new era of Ole Miss basketball is two days away.

The Pavilion at Ole Miss will host its first game when the men’s team plays Alabama on Thursday. The game, which will be televised on ESPNU, is set for an 8 p.m. tipoff.

“Thursday night is the start of a new chapter of Ole Miss basketball,” Ole Miss coach Andy Kennedy said before his team’s first full-scale practice at the Pavilion on Tuesday. “This is a complete game changer.”

Reserved seats for the 9,500-seat arena are sold out for Thursday’s game, according to the team’s official Twitter account. A limited number of tickets for standing room only were still available as of Tuesday night.

Ole Miss (10-3, 0-1 Southeastern Conference) will try to pick up its first SEC win after suffering an 83-61 loss at Kentucky in both teams’ league opener Saturday, which snapped the Rebels’ seven-game winning streak. Alabama (9-3, 0-0) is led by guard Retin Obasohan (13.4 points per game) and forward Shannon Hale (11.7).

“The first game in this building will be remembered 50 years from now, and we certainly hope that it goes down in the right column,” Kennedy said.

Watch Kennedy talk about the opening of The Pavilion, the impact he feels it will have on recruiting and more in the video below. Thursday’s game will be Kennedy’s 320th as Ole Miss’ coach.

THREE AND OUT: Treadwell starts ‘dream,’ heads to NFL