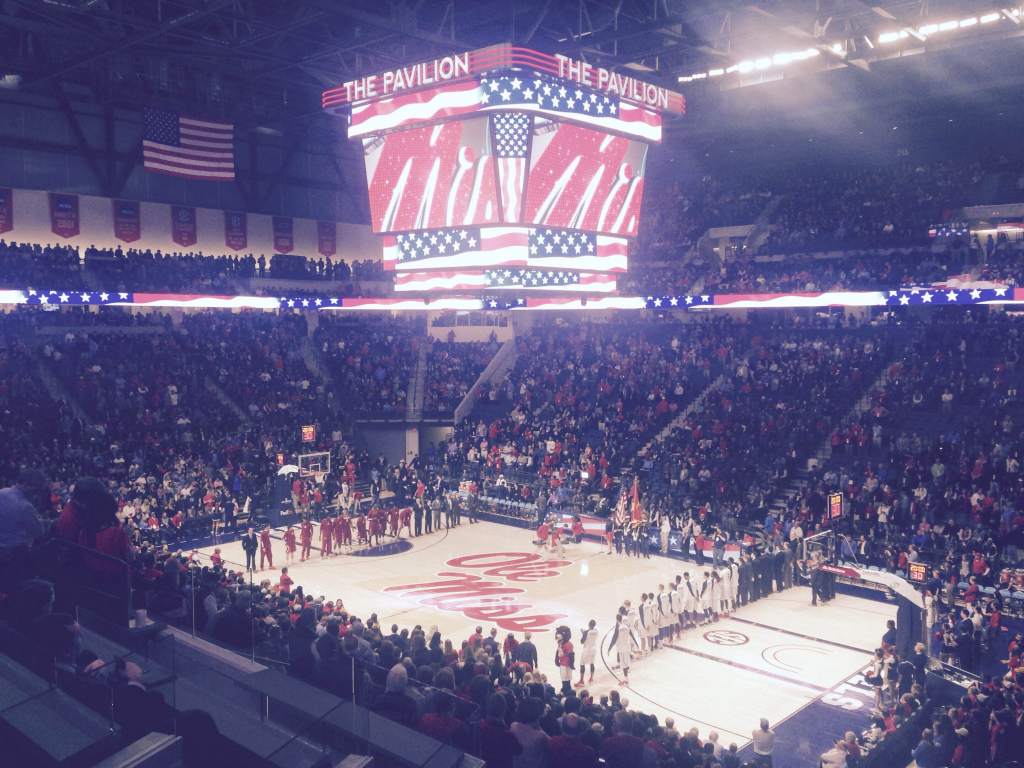 Stefan Moody scored more than 20 points for the ninth straight game, Sebastian Saiz recorded his seventh career double-double, and Ole Miss rallied for a 74-66 win over Alabama on Thursday in the first game played at the Pavilion at Ole Miss.

Ole Miss (11-3, 1-1 Southeastern Conference) trailed 40-32 at the break but shot 50 percent from the field in the final 20 minutes to get its first league win in front of a sellout crowd of 9,500, the largest in school history.

Moody and Saiz each had 21 points for the Rebels while Saiz also pulled down 16 rebounds. Tomasz Gielo added 12 points while Rasheed Brooks chipped in 10 for the Rebels, who won their third straight over the Crimson Tide (9-4, 0-1).

Alabama got within two at 65-63 on a pair of free throws from Michael Kessens with 2:59 left, but Ole Miss outscored the Tide 9-3 the rest of the way. Seven of those points came from the free-throw line with Moody, who finished 13 of 16 from the charity stripe, making five of them to help the Rebels seal it.

Ole Miss held Alabama to 39 percent shooting in the second half, and the Tide made just two of their final 12 attempts from 3-point range after knocking down seven of their first 13 shots from beyond the arc. Edwards was 4 of 5 from deep in the first half but only got up one shot in the second.

Ole Miss forced 19 turnovers, scoring 24 points off of them, and outrebounded the Tide 37-30.

Ole Miss led by as many as 10 at 25-15 with 8:32 left in the first half, but Alabama scored 15 of the game’s next 19 points capped by Edwards’ 3 to take its first lead at 30-29 and ended the half on a 25-7 run to take the momentum into the break. But the Rebels’ defense clamped down in the second half as Alabama made just nine of its final 23 shots from the field.

Watch Ole Miss coach Andy Kennedy talk about the first game at the new digs and his team’s performance in the following video.

Ole Miss returns to action Saturday at home against Georgia at 7:30 p.m.

See Friday’s edition of the EAGLE for complete coverage from Thursday’s game.