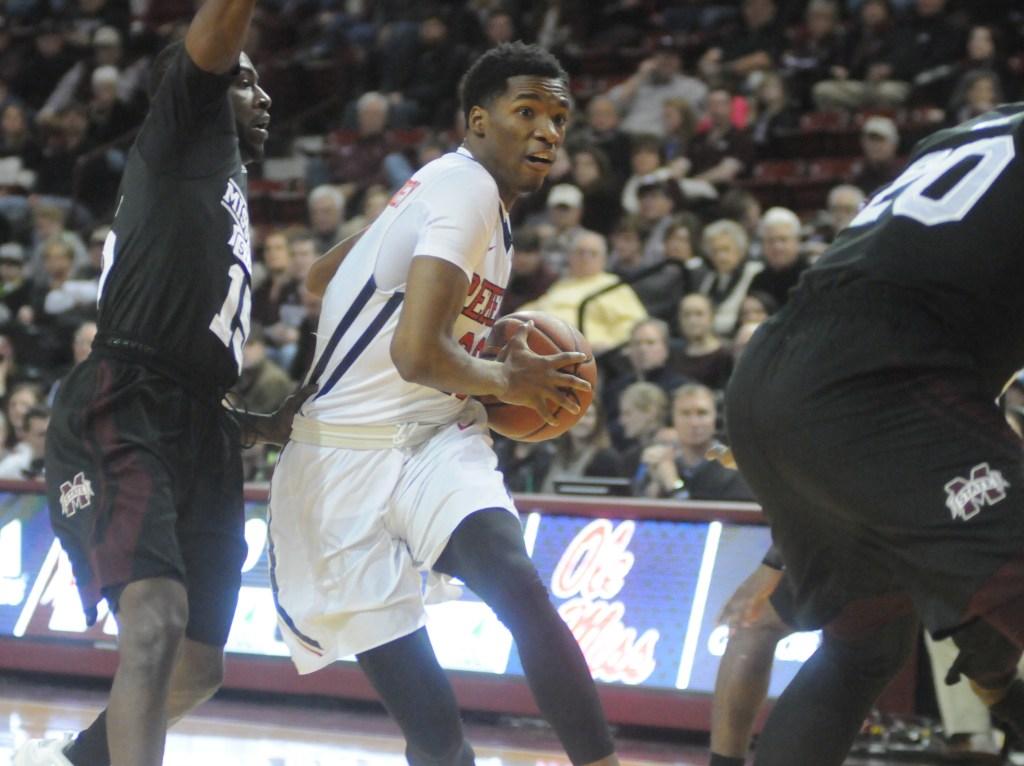 STARKVILLE — Ole Miss got 20 points from Rasheed Brooks and 16 points from freshman Donte Fitzpatrick-Dorsey, but the shorthanded Rebels fell victim to some hot shooting by Mississippi State’s highly touted freshmen in an 83-77 loss at Humphrey Coliseum on Saturday.

MSU got a career-high 25 points from Malik Newman and 18 points from Quinndary Weatherspoon to notch its first SEC win. The Bulldogs (8-10, 1-5 Southeastern Conference) came in next to last in the league in 3-point shooting (30.8 percent) but lit up the Rebels’ switching defenses to shoot 50 percent (12 of 24) from deep and 51.9 percent for the game.

Newman, MSU’s heralded five-star signee, and Weatherspoon did most of the damage with Newman, who went 8 of 16 from the field, finishing 7 of 10 from beyond the arc. Weatherspoon made seven of his 10 shots from the field to help end Ole Miss’ four-game winning streak in the series dating back to 2014.

Ole Miss (12-7, 2-5), which lost its fifth straight game, was without 60 percent of its starting lineup in Sebastian Saiz, Martavious Newby and Stefan Moody, the SEC’s leading scorer. Saiz (eye surgery) and Newby (eye) each missed their second straight game while Moody (hamstring) watched from the bench in street clothes.

Brooks, who bounced back from an 0-for-10 shooting night Tuesday against South Carolina, went 8 of 15 from the floor to match his highest point total this season while Anthony Perez had his first career double-double with 14 points and 10 boards. Fitzpatrick-Dorsey, getting his first start at the point in Moody’s absence, added four assists while Sam Finley reached double figures for first time since November with 10 points in 18 minutes.

Ole Miss shot 50 percent (10 of 20) from 3-point range and finished plus-5 (36-31) on the glass, but finishing near the basket was a problem against MSU’s bigs without Saiz. The Rebels made just 32.5 percent (14 of 43) of their 2-point shots with forwards Marcanvis Hymon and Tomasz Gielo combining to go 5 of 17 from the floor.

BLOG: Cutcliffe in line to be Oxford’s head football…