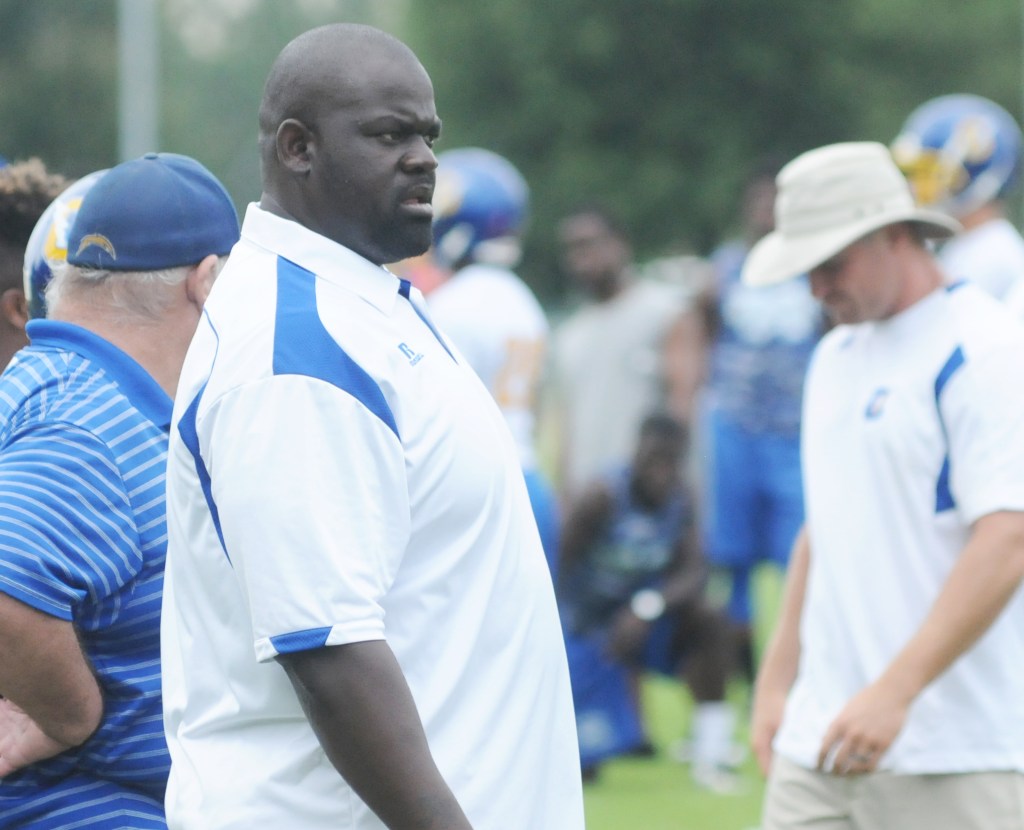 Metcalf’s time as the Chargers’ defensive line coach lasted just one season. An All-American during his time with the Rebels from 1998 to 2001 and a member of the Chicago Bears’ 2007 Super Bowl team, Metcalf helped coach the offensive line at Oxford before taking over the defensive line on a full-time basis in 2015.

It’s the first college coaching job for Metcalf, something he said was “definitely something I wanted to do.” But it also had to be the right situation with his son, Oxford star wideout D.K. Metcalf, set to play on Saturdays starting next season after the younger Metcalf signed with Ole Miss earlier this week.

Mississippi junior colleges play most of their games on Thursdays, which will allow Metcalf to be free most fall weekends to watch his son play. PRCC did play two games on Saturday this past season.

“I wanted to really get into college coaching, and with (D.K.) being able to do the things he did and God blessing him to get a scholarship to Ole Miss, I wanted to be on a level where I could still see him play on Saturdays,” Terrence said. “That was a blessing in that as well.”

Saunders, a former Ole Miss assistant, was recently hired as the Wildcats’ head coach after being let go as an assistant at the University of Louisiana-Lafayette, where he was the subject of an NCAA investigation that led to the program being placed on two years’ probation and Saunders receiving an eight-year show-cause penalty after the probe found Saunders helped five prospective players receive fraudulent ACT scores at Wayne County High School, lied to the NCAA about it, failed to cooperate with the investigation and paid $6,500 to a player over two semesters while at UL-L.

The NCAA’s Committee on Infractions determined the academic misconduct began during Saunders’ time at Ole Miss under former coach Houston Nutt. The school recently received a Notice of Allegations from the NCAA that charged the football program with rules violations dating back to Nutt’s tenure, athletic director Ross Bjork said last week.

New Oxford coach Chris Cutcliffe said he will interview candidates to fill the position on his staff once the job is officially posted.

“A guy with Terrence’s experience and how great of a coach he is, it’s no surprise that other people are interested in hiring him,” Cutcliffe said.

See Sunday’s edition of the EAGLE for more on this story.