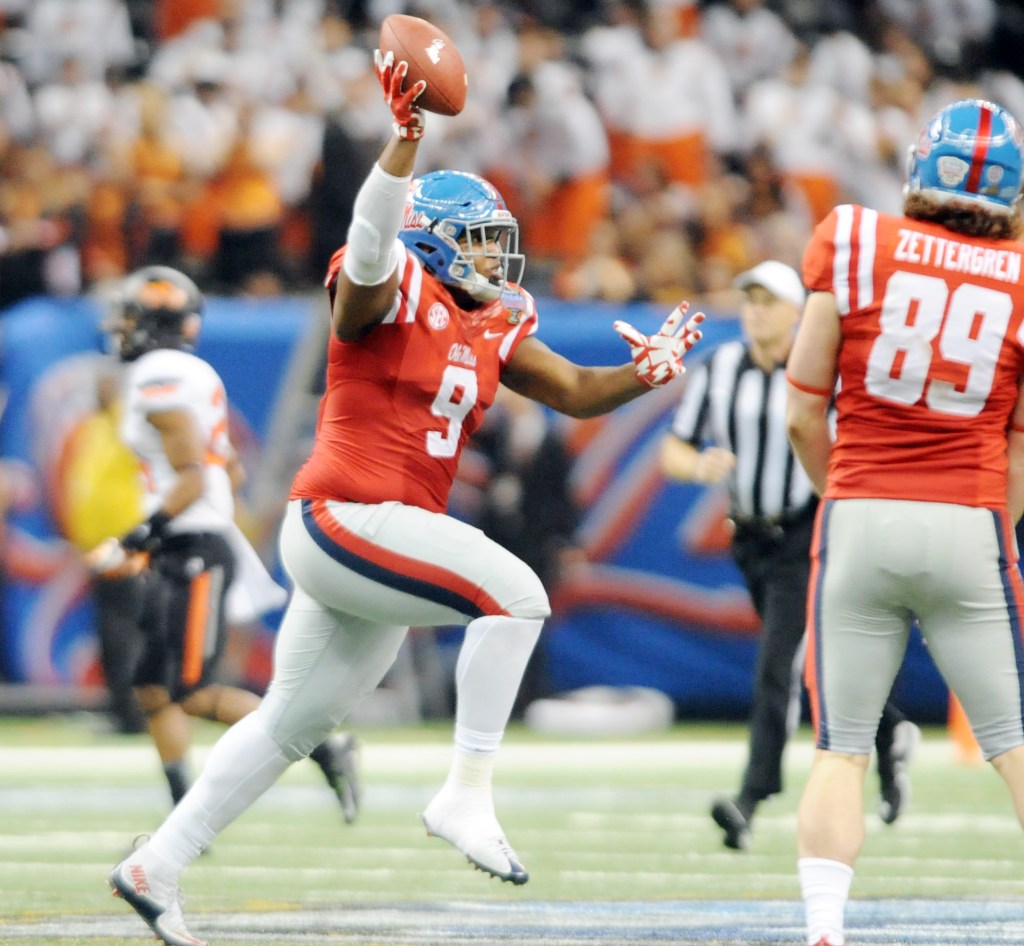 Speaks, a rising redshirt sophomore, was booked into the Lafayette County Detention Center by an officer with the Oxford Police Department at 12:35 a.m. and was released at 7:05 a.m. after posting bond, according to the jail docket. He’s scheduled to appear in municipal court on April 6 at 10 a.m.

“Breeland’s poor choice does not meet the expectations of our program, and there will be consequences,” Ole Miss coach Hugh Freeze said in a statement. “He and I have spoken, and he is very disappointed in himself and will accept whatever punishment is handed down. We are very thankful he is safe and that this was not a life-altering decision.”

The 6-foot-3, 313-pound Speaks, the heir apparent to Robert Nkemdiche, has been repping with the first-team defensive line in spring practice. Speaks started the Sugar Bowl and played in all 13 games last season, finishing with 32 tackles and a sack.