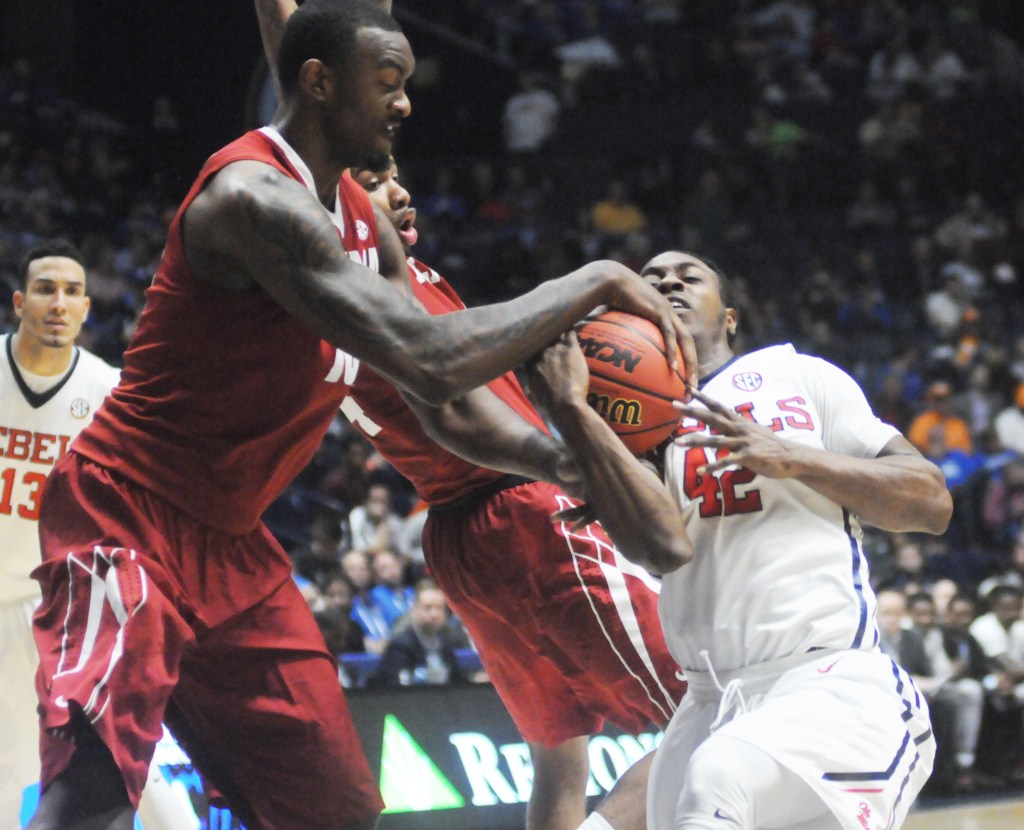 Ole Miss' Stefan Moody (42) gets tied up with Alabama's Jimmie Taylor (10) during a Southeastern Conference tournament game Thursday at Bridgestone Arena in Nashville, Tennessee. The Rebels ended their season with an 81-73 loss.

After missing out on the NCAA tournament, the Rebels were not awarded one of the 17 at-large bids into the National Invitation Tournament (NIT). The 32-team field was announced Sunday night.

The rest of the tournament was comprised of 16 regular-season conference champions that didn’t win their respective conference tournaments. Georgia, Florida, Alabama and South Carolina, which earned a No. 1 seed after being passed over for the NCAA tournament, will represent the SEC in the tournament.

Ole Miss finished the year 20-12 overall and 10-8 in the Southeastern Conference during the regular season with just three wins over teams ranked in the top 100 of the NCAA’s final RPI rankings, all outside of the top 50. Ole Miss lost to Alabama on Thursday in its opening game of the SEC tournament in Nashville, Tennessee.

It turned out to be final game for senior guard Stefan Moody, who led the SEC in scoring at 23.6 points per game and poured in 39 of Ole Miss’ 73 points against Crimson Tide. Ole Miss will also lose Martavious Newby and Anthony Perez to graduation as well as Tomasz Gielo, who had just one year of eligibility as a fifth-year graduate transfer.