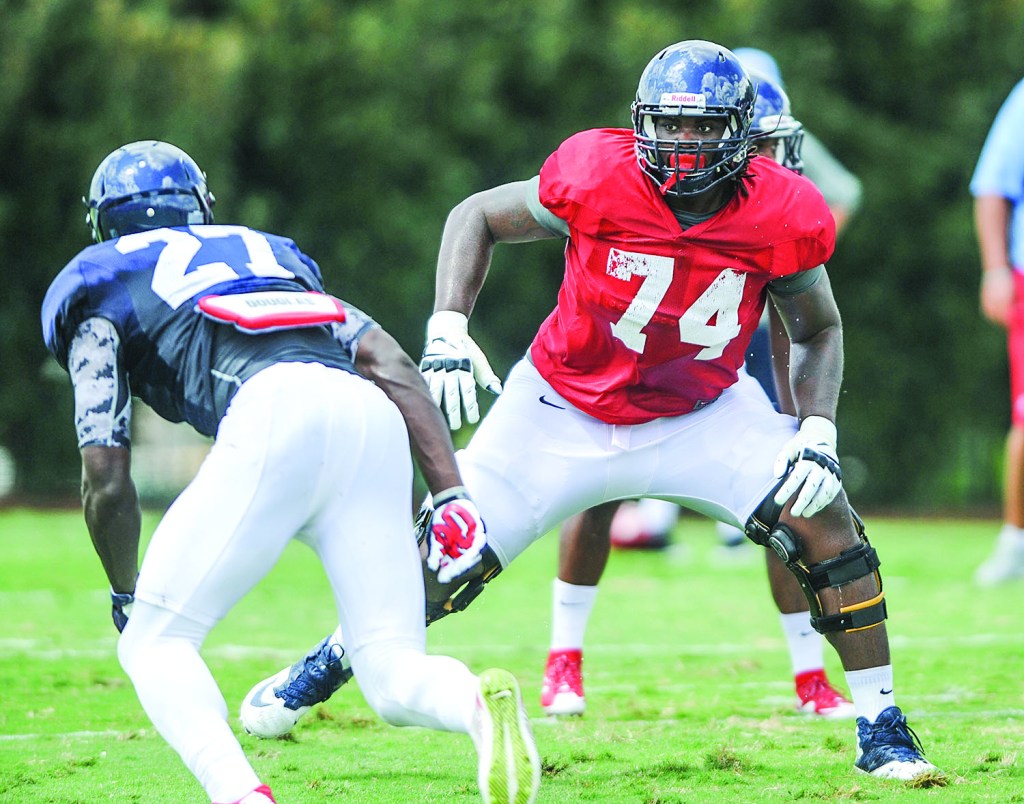 While the trio of first-rounders got most of the attention, Ole Miss had some depth in this year’s draft class.

The Rebels showed that Saturday when Fahn Cooper and Cody Core were taken on the final day of the NFL Draft. After Ole Miss went without any players being drafted Friday, Cooper went to the San Francisco 49ers with the 37th pick in the fifth round (174th overall) while the Cincinnati Bengals took Core with the 24th pick of the sixth round (199th overall).

Cooper and Core joined Laremy Tunsil, Laquon Treadwell and Robert Nkemdiche to give Ole Miss five draft picks as of late Saturday afternoon, the most Ole Miss has produced since 1985 and the most since the draft went to its seven-round format.

Cooper, who began his college career at Bowling Green, signed with the Rebels out of junior college in 2014 and quickly became a mainstay at right tackle, starting all 26 games the last two seasons. The 6-foot-5, 306-pounder won the Kent Hull Trophy this past season as Mississippi’s top college offensive lineman after starting the first seven games on the left side in place of Tunsil, who missed those games while serving a suspension. 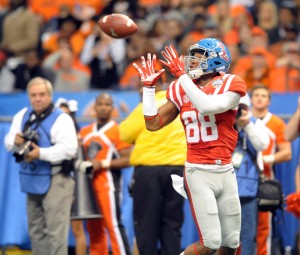 Receiver Cody Core became the fifth Ole Miss player taken in this year’s NFL Draft when the Cincinnati Bengals took him in the sixth round Saturday. (Bruce Newman)

A late bloomer, the lightly recruited Core broke in as a starter in 2014 after beginning his career as a defensive back, catching 78 passes for 1,202 yards and 10 touchdowns his final two seasons. His 17.4 yards per catch ranked fifth in the Southeastern Conference last season.

The 6-3 Core further raised his profile with some strong numbers at the scouting combine and at Ole Miss’ pro day last month. He ran a 4.47-second 40-yard dash at the combine in February and recorded a vertical jump of 37.5 inches at his pro day, a six-inch improvement from the combine.

This post will be updated with any additional Ole Miss players who may be drafted.

BLOG: No. 8 LSU levels series with win over…