BLOG: Oxford sweeps Grenada, heads back to 5A finals 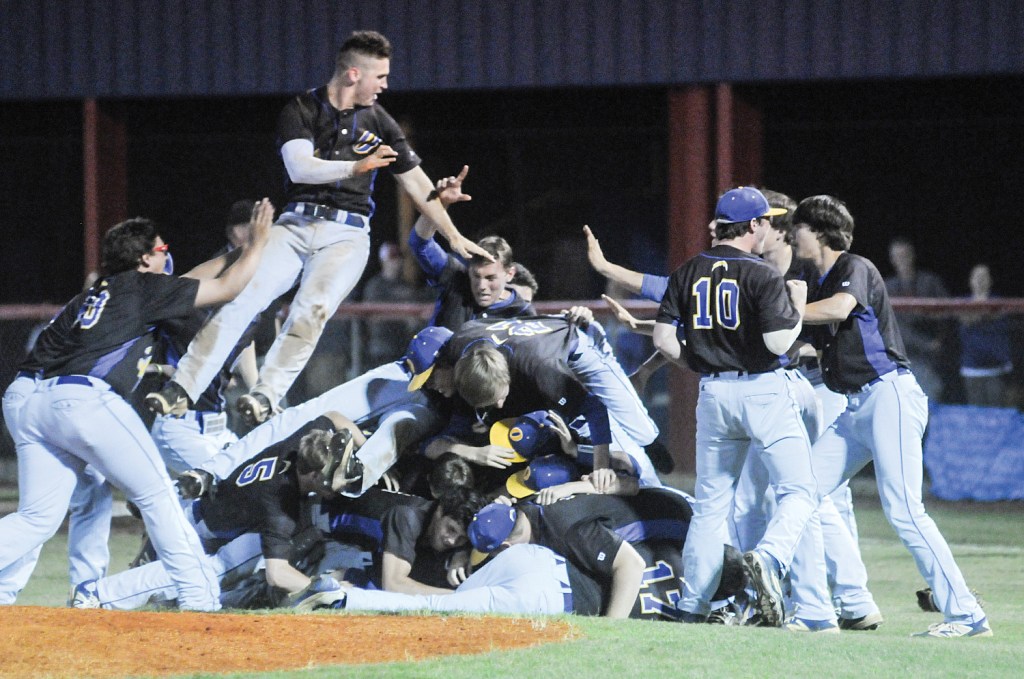 Oxford players celebrate on Charger Field in Grenada after winning the MHSAA Class 5A North Half championship with a 6-3 win over Grenada on Friday. Oxford will play for its second straight state title against Hattiesburg beginning Tuesday. (Davis Potter)

GRENADA — Oxford will get its chance to repeat.

Behind another strong outing from Houston Roth and some help from the bottom of the order, Oxford finished a sweep of Grenada on Friday with a 6-3 win at Charger Field to capture its second straight MHSAA Class 5A North Half championship and clinch its spot in the state championships series. Oxford (26-8) will take on Hattiesburg, which knocked off Pearl River Central in South Half, in a best-of-three series beginning Tuesday ay 7 p.m. at Trustmark Park in Pearl.

Roth, an Ole Miss signee, turned in his second complete game in as many starts to improve to 9-0 despite struggling with his command at times, but the senior right-hander got more support from an offense that was bottled up 48 hours earlier.

After mustering just three hits in Wednesday’s 2-1 win in extras against Grenada ace Caleb Morgan, Oxford finished with 10 hits against Bradley Sanford and Dane Bevell, six of those coming from the final five spots in the order. Oxford led 6-1 after four at-bats with Roth helping his own cause with a two-run double in the first.

Sanford belted a solo homer in the bottom of the fourth. Grenada plated another run in the sixth on Sanford’s groundout following a leadoff double by Morgan, but Roth, who got a strikeout of Gage Little in the fifth to leave a runner in scoring position, retired five of the final six batters he faced to seal the win.

See Sunday’s edition of the EAGLE for complete coverage of Friday’s game.