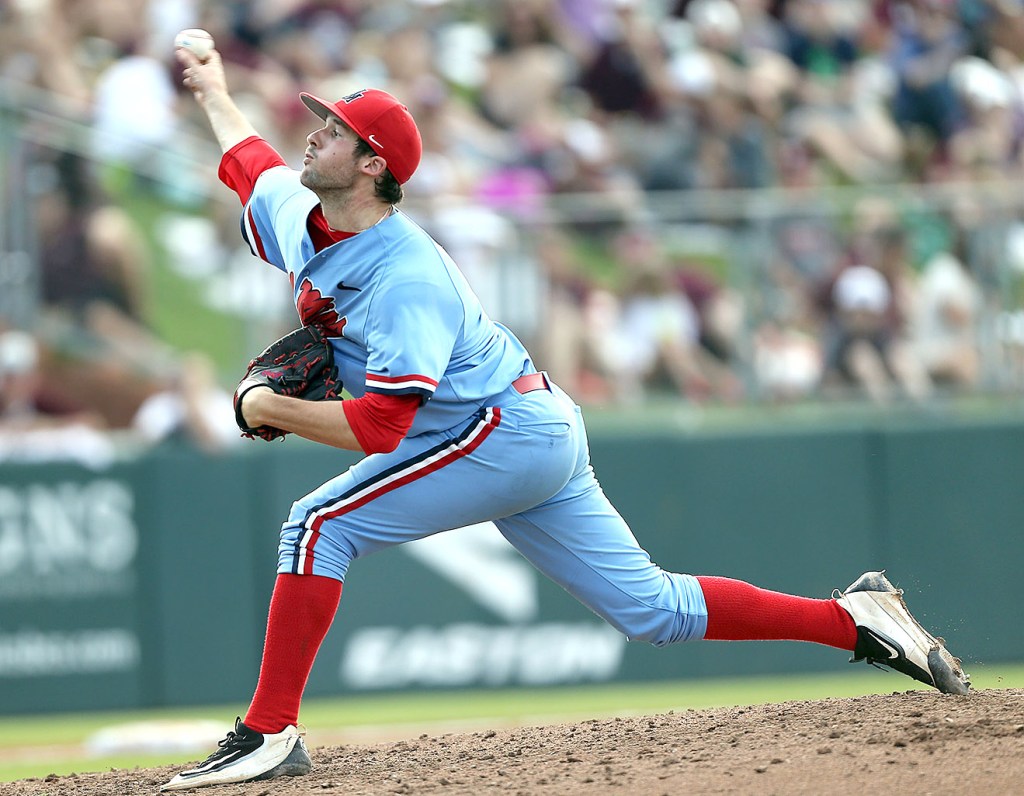 HOOVER, Ala. — Friday is a day of rest as Ole Miss went 3-0 through the first three days of the Southeastern Conference baseball tournament to earn a bye into the semifinal round on Saturday.

It was not a complete day off as the Rebels (43-16) did some light work at Samford University in the morning to stay loose.

For Chad Smith, it was a day for final preparations as the junior will make arguably the biggest start of his career Saturday at noon inside Hoover Metropolitan Stadium as the Rebels look to reach their first SEC tourney championship game since 2008.

Smith, a McCalla, Alabama native, played at McAdory High School, which is just a 13-minute drive from the Hoover Met, and spent a lot of his time watching games in the SEC tournament every May. Come tomorrow, there will be kids sitting in the stands watching him take the mound.

Ole Miss will either see Vanderbilt again or Texas A&M for the second time in a week as the Commodores and Aggies are facing each other in Friday’s first elimination game.

Smith worked four innings against A&M last Saturday, giving up one run on three hits in the Rebels’ 3-2 win to close out the regular season. He also struck out two batters but did walk four.

“It’s another day, it’s an elimination game,” Smith said. “Once you get to Saturday and the semifinals, it’s single elimination. So just playing to stay in the tournament and just going out there to give my team a chance to win and get to a championship game.”