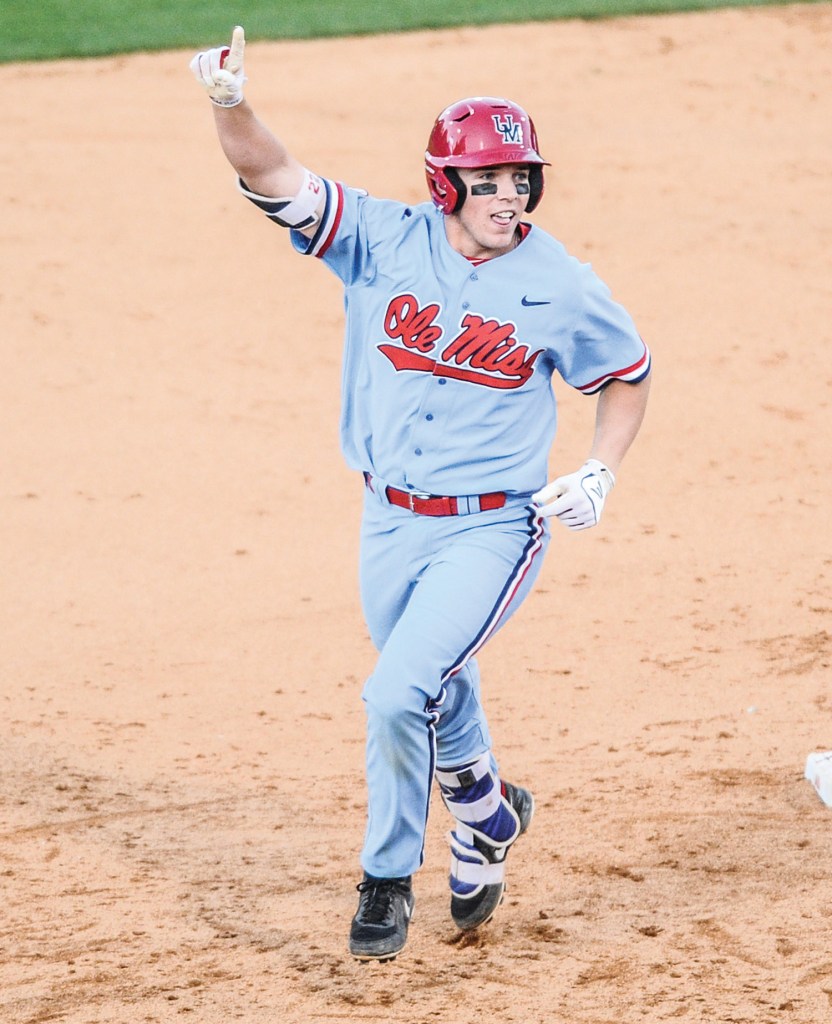 Ole Miss catcher Henri Lartigue was the first pick of the seventh round, going to the Philadelphia Phillies (Bruce Newman)

There are 10 rounds in the books of the 2016 Major League Baseball First-Year Player Draft and so far three Ole Miss players have been selected.

After junior center fielder J.B. Woodman went to the Toronto Blue Jays with the 57th overall pick in the second round Thursday night, two of his teammates found homes during Friday’s second day.

Junior shortstop Errol Robinson was drafted by the Los Angeles Dodgers late in the sixth round, going as the 191st overall pick. The sixth round is about where Robinson was tabbed to begin possibly seeing his name come off the board, according to national pundits.

It did not take long for a second Ole Miss player to be selected as catcher Henri Lartigue went to the Philadelphia Phillies with the first pick of the seventh round (197th overall).

With all three going inside the top 200 picks and in the first 10 rounds, it is a safe bet Ole Miss will be looking for a new starting catcher, shortstop and center fielder. The slot value for Robinson is $247,900 while Lartigue’s pick is valued at $234,000.

Day 3 on Saturday will conclude with rounds 11-40, and there are still possibilities pitchers Brady Bramlett, Chad Smith and Wyatt Short could see their name pop across the screen while infielders Colby Bortles and Tate Blackman could also get drafted.

Oxford shortstop Grae Kessinger and catcher Thomas Dillard are among Mississippi’s top-ranked high school draft prospects, but both will follow through on their college signatures and play at Ole Miss next season.

Both were projected to be selected within the first 10 rounds, but Friday came and went without either being picked as signability became an issue. The rounds teams were talking about taking them did not match up with the amount of money each wanted for a signing bonus.

Teams with more flexibility in terms of their draft bonus pool could still pick Kessinger and Dillard in Saturday’s later rounds and try to make one last offer, but both said it likely won’t matter at this point.

See Sunday’s edition of the EAGLE for more on area players in the MLB Draft.