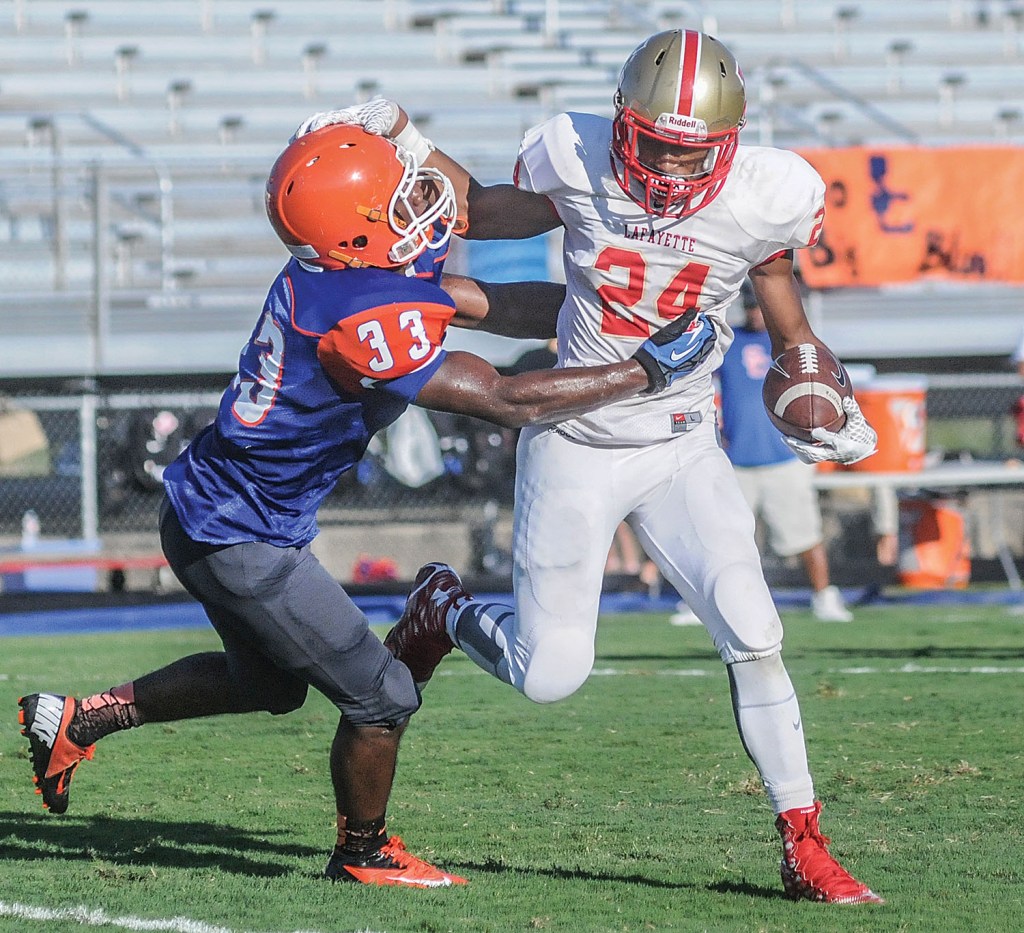 Lafayette's DD Miller (24) tries to get past Southaven's Michael Johnson in a preseason jamboree in Southaven on Friday. The Commodores lost 14-0. (Jake Thompson)

SOUTHAVEN — Preseason exhibitions are hard to tell how a season will go, especially when they last only half the time a full game would last. That did not keep Lafayette coach Michael Fair from finding positives in his debut as the first-year coach of the Commodores.

Lafayette was shut out by Southaven, 14-0, in its jamboree game on Friday night at Southaven High School. It took two quarters — with the junior varsity playing one quarter before — with the Chargers scoring both touchdowns in the opening 12 minutes.

“We’ve got a real young football team with the guys that are being called on hadn’t been called on much and (at) different positions,” Fair said. “I’m excited where we are. I feel like we have a lot of room for improvement.”

Two big plays by Southaven, one on offense and one on defense, led to each score. The Chargers’ touchdowns were both runs of less than 5 yards.

Lafayette quarterback Will Ard tossed two interceptions. One led to the opening score by Southaven and the second came with six seconds remaining in the final quarter. The senior went 8-for-9 for 44 yards.

Jamarcus Quarles cemented himself as the Commodores’ No. 1 running back as he carried the bulk of the workload, rushing for 63 yards on 14 carries.

Lafayette will open up the regular season next Friday when the Commodores host Horn Lake at 7 p.m.

Ole Miss puts on pads as first week of…