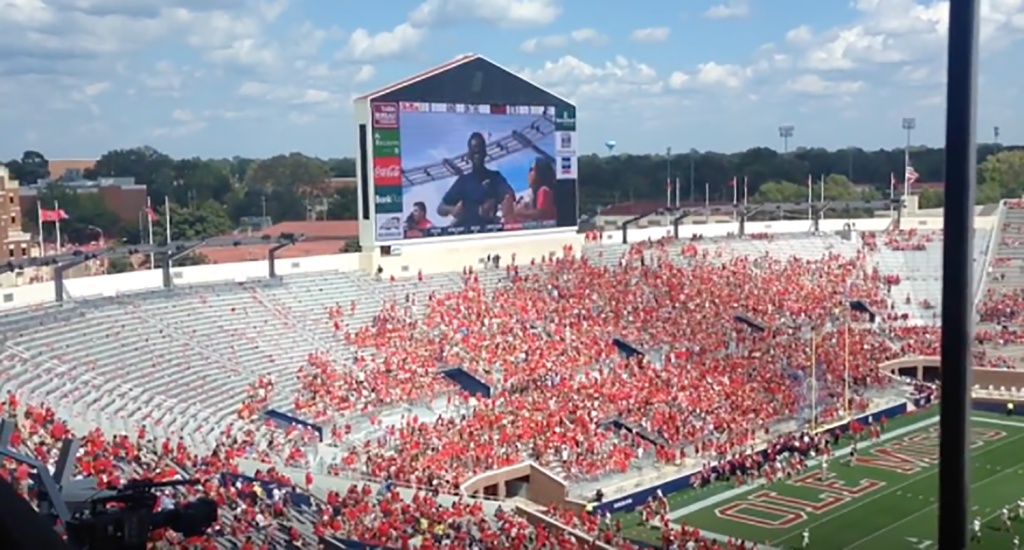 No. 19 Ole Miss will open the newly renovated Vaught-Hemingway Stadium today against Wofford at 3 p.m. The game will be televised on the SEC Network.

The stadium’s expansion has pushed capacity to 64,038 and includes a bowled-in North end zone, two new video boards flanking the South end zone, more restrooms and concession stands as well as a natural grass playing surface. The student section has moved to the North end zone as a result.

Take a look inside in the following video.