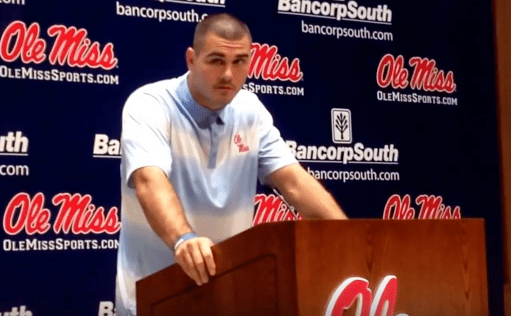 Ole Miss quarterback Chad Kelly talks to the media at the Manning Center in Oxford on Monday. (Davis Potter)

Chad Kelly met with the media this week ahead of the 23rd-ranked Rebels’ next top-25 tilt against No. 12 Georgia on Saturday at Vaught-Hemingway Stadium (11 a.m., ESPN). Ole Miss’ senior quarterback hit on the team’s need to finish after surrendering another big lead to Alabama as well as the feast-or-famine tendencies of the offense, part of which includes seven turnovers, six of which Kelly is responsible (three interceptions, three fumbles).

Watch Kelly speak about these things and more in the following video.