Watch Chad Kelly talk another matchup against Memphis that’s ‘big for us players, big for the university’ 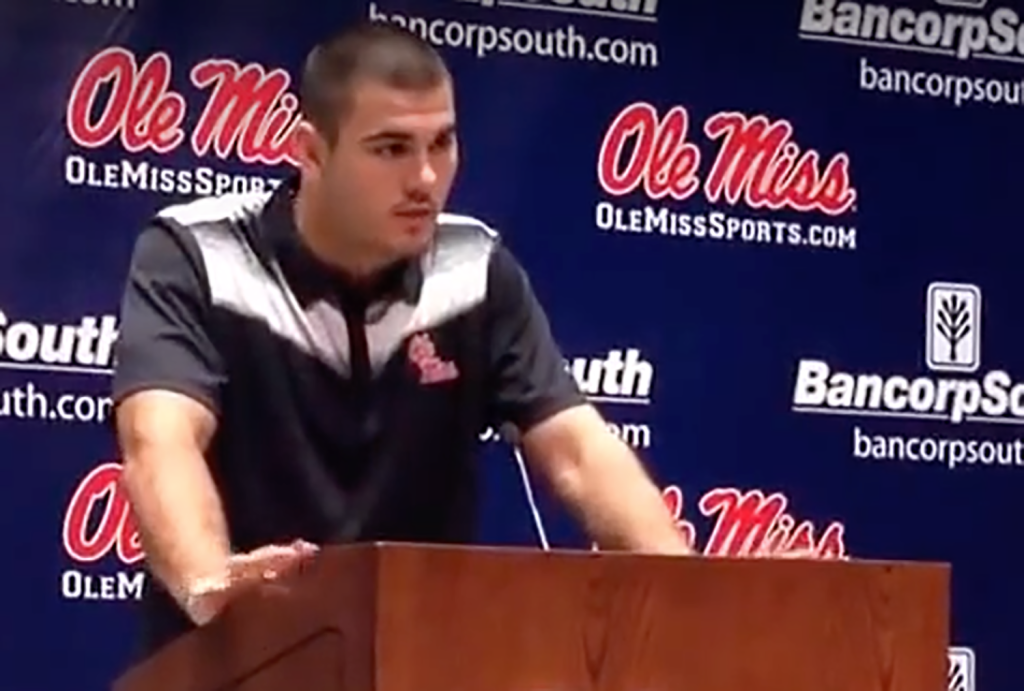 Ole Miss quarterback Chad Kelly met with the media Monday to talk about this year’s game against Memphis, which will kick off from Vaught-Hemingway Stadium on Saturday at 6 p.m.

Kelly hit on the magnitude on the regional rivalry for both teams while also reflecting on the offense’s struggles in last year’s 37-24 Memphis win and what to expect from the Tigers’ more complex defense this year under first-year defensive coordinator Chris Ball, who came with head coach Mike Norvell from Arizona State when Norvell was hired to replace Justin Fuente.

Watch Kelly speak to reporters in the following video.