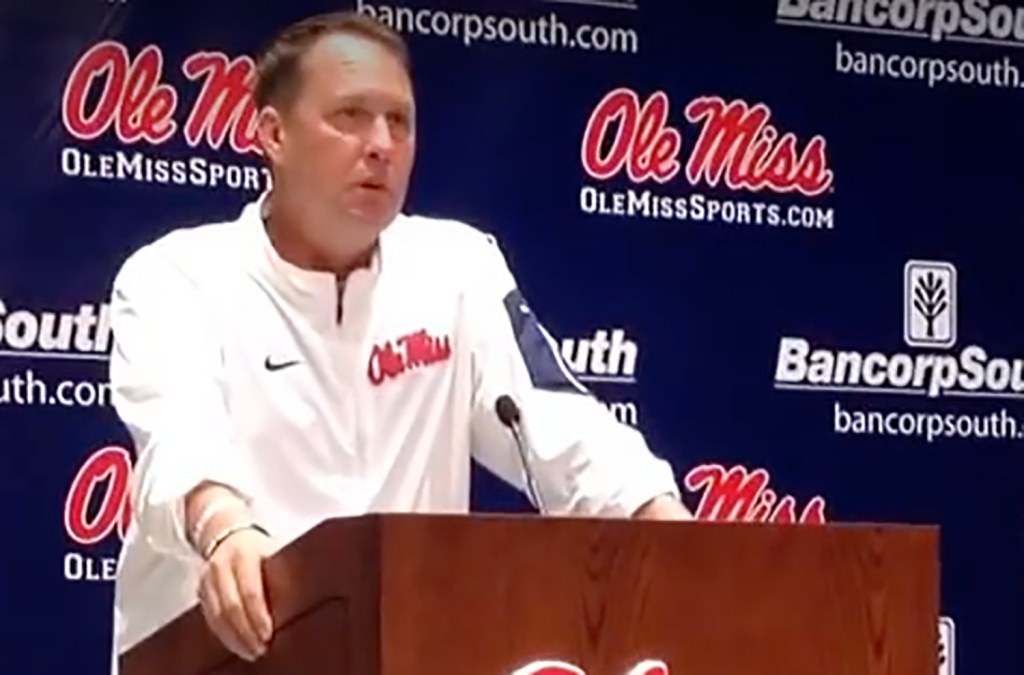 Ole Miss’ coach made that clear during his weekly press conference Monday, referencing his team’s game against Memphis this Saturday at Vaught-Hemingway Stadium at 6 p.m. Memphis stunned the Rebels 37-24 last season in Memphis, outscoring Ole Miss 30-10 in the final three quarters to win its 13th straight game at the time.

Justin Fuente has since moved on to Virginia Tech with former Arizona State offensive coordinator Mike Norvell taking over while Paxton Lynch and his big arm are in Denver with the NFL’s Broncos, but the Tigers are still scoring points in bunches. The teams’ schedules aren’t comparable with Memphis playing Southeast Missouri State, Kansas and Bowling Green thus far, but the Tigers are 3-0 after their 77-3 shellacking of the latter Saturday.

Watch Freeze, whose team is coming off a convincing win of its own against Georgia, talk about this year’s matchup with Memphis, injuries and more in the following video.