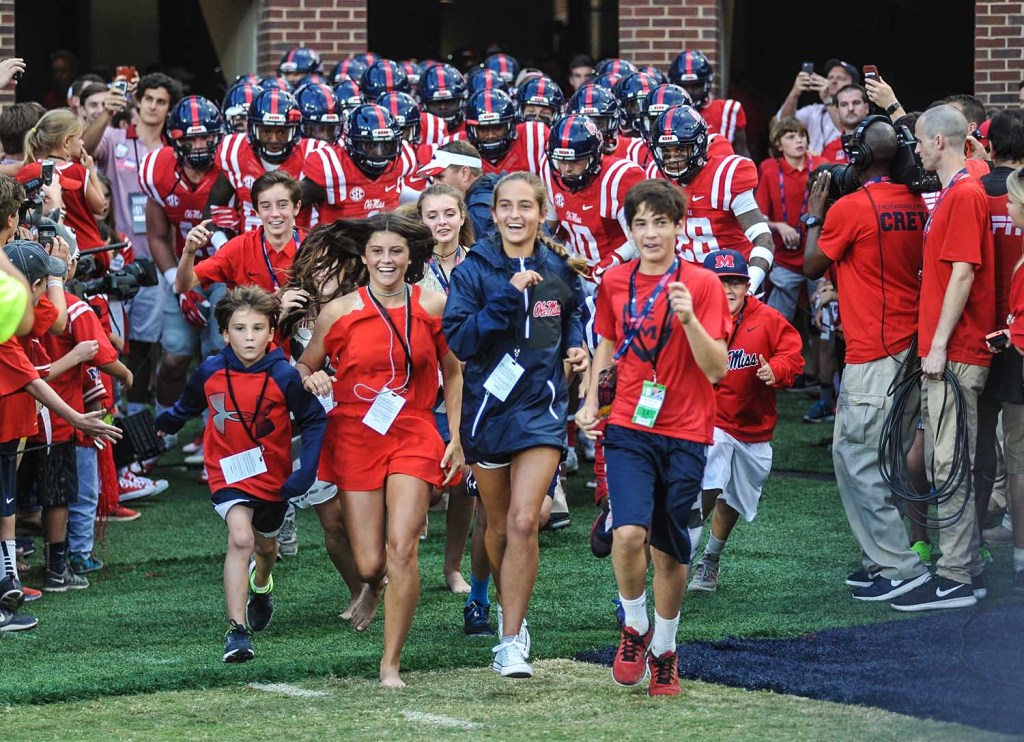 Ole Miss coach Hugh Freeze has made it a point to stay connected to the families of the three Oxford couples killed in a Tuscaloosa plane crash in August, even inviting them to practice the week they lost their parents to provide some small respite from the shock and sadness.

In the moments before the Rebels took the field to kickoff against the Memphis Tigers Saturday, October 1, the children of Drs. Jason and Lea Farese, Dr. Michael and Kim Perry, and Dr. Austin and Angie Poole were seen at the front of the line, arms locked in solidarity, with Freeze leading the way.

Here's some video of the kids of the plane crash victims leading Ole Miss onto the field tonight against Memphis. pic.twitter.com/RWBp9oV9sq

The three couples were heading home from a dental conference in Florida on August 14, flying in the Fareses’ private plane, when the plane experienced fuel pump issues and crashed in Northport, Alabama.

The Fareses and Michael Perry had local dental clinics and Austin Poole had a dental clinic in Clarksdale. His wife, Angie, was the office manager. Kim Perry was a nurse practitioner who worked part-time at the University of Mississippi.