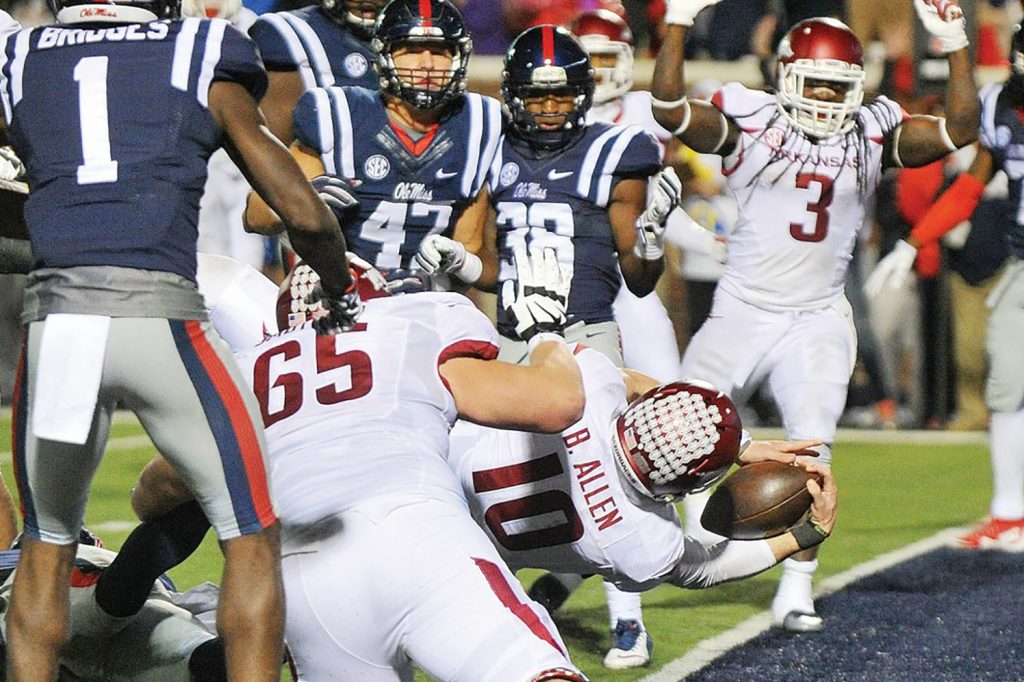 Arkansas quarterback Brandon Allen (10) dives in to the end zone for a two-point conversion during overtime of an NCAA college football game against Ole Miss in Oxford, Miss., Saturday, Nov. 7, 2015. Arkansas beat No. 19 Ole Miss 53-52 in overtime. (AP Photo/Thomas Graning)

Ole Miss’ first true road game of the season will be at night.

The 14th-ranked Rebels’ tilt at Arkansas on Oct. 15 will kick off at 6 p.m. and be televised by ESPN, the Southeastern Conference announced Monday. Ole Miss (3-2, 1-1 SEC) has the week off after capping its homestand with a 48-28 win over Memphis on Saturday while Arkansas (4-1, 0-1), fresh off a blowout of Alcorn State, will host No. 1 Alabama this Saturday.

Ole Miss has played its last four games at Vaught-Hemingway Stadium after opening the season with a neutral-site game against Florida State in Orlando, Florida. Ole Miss was blanked 30-0 in its last trip to Donald W. Reynolds Razorback Stadium in 2014.