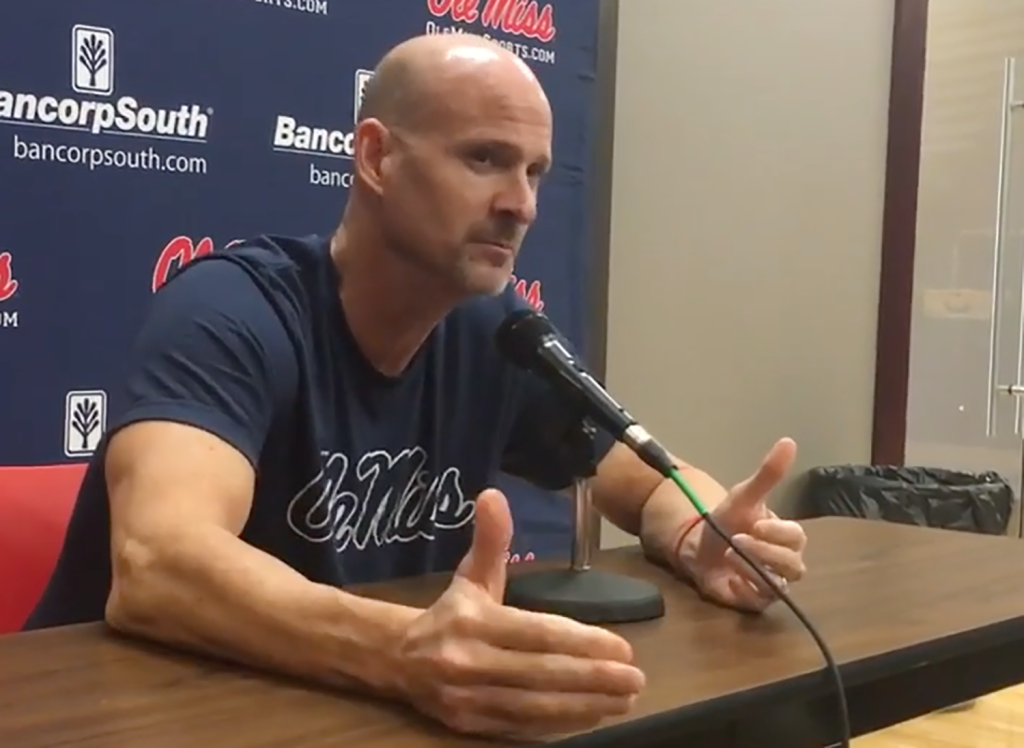 Ole Miss men’s basketball coach Andy Kennedy met with the media for the first time during the preseason Tuesday to talk about another team that will have plenty of new contributors, including a pair of transfer guards in Cullen Neal (New Mexico) and Deandre Burnett (Miami), the health and development of center Sebastian Saiz and more.

The Rebels lost three of their top five scorers off a team that finished 20-12 overall and missed the postseason all together last season. Burnett, who sat out last season per NCAA transfer rules, is expected to step in and help replace some of the 23.6 points a game left behind by Stefan Moody while Kennedy expects a more evolved game from Saiz, who’s entering his senior season healthy after retina surgery midway through last season.

“He’s a guy that’s going to make a lot of 3s this year,” Kennedy said of Saiz, who has two career 3-pointers. “That’s an area of his game you guys haven’t seen. He’s worked tirelessly on it in the offseason.”

Watch Kennedy hit on all this — he opens with comments about Burnett — in the following video.