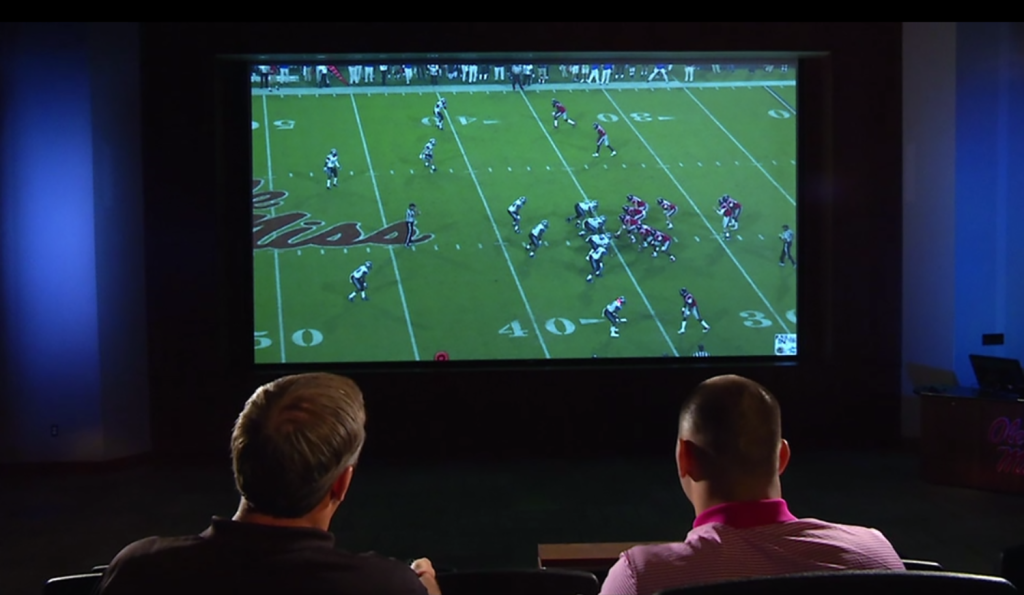 Ever wondered what a film session is like for Ole Miss’ players and coaches? Now you can see for yourself.

SEC Network analyst and former Georgia quarterback David Greene made the trip to Oxford this week to sit down with head coach Hugh Freeze and quarterback Chad Kelly to film an SEC Film Room segment detailing some of the plays the Rebels used in their 48-28 win over Memphis last week.

Ole Miss has the week off before returning to SEC play Oct. 15 at Arkansas.