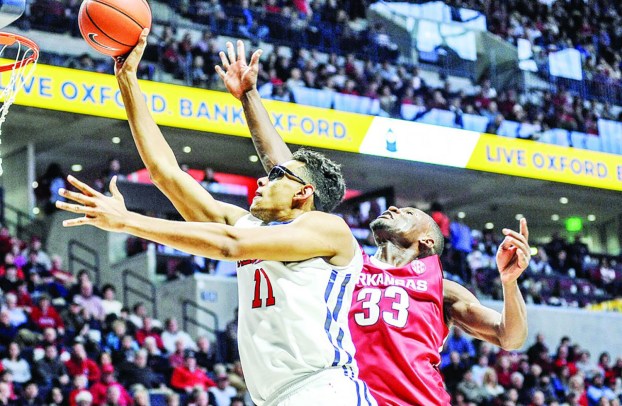 Watch Sebastian Saiz talk coming back from eye injury that was ‘one of the scariest things to happen in my life,’ developing range

Sebastian Saiz said he wants to use his final season at Ole Miss to prove he’s even better than before he suffered a detached retina in his right eye last season that briefly made him wonder if he’d ever see out of it again.

Ole Miss’ 6-foot-9 forward has two healthy eyes entering this season and is out to improve on the 11.7 points and 8.7 rebounds he averaged a season ago despite missing six games because of surgery. He’ll usually operate near the basket, but the senior has put an emphasis on increasing his range and expects to make his share of 3-pointers.

Watch Saiz speak to the media about these topics and more in the following video.

In handing down penalties for infractions committed by the Ole Miss women’s basketball and track programs Friday, the NCAA announced it... read more