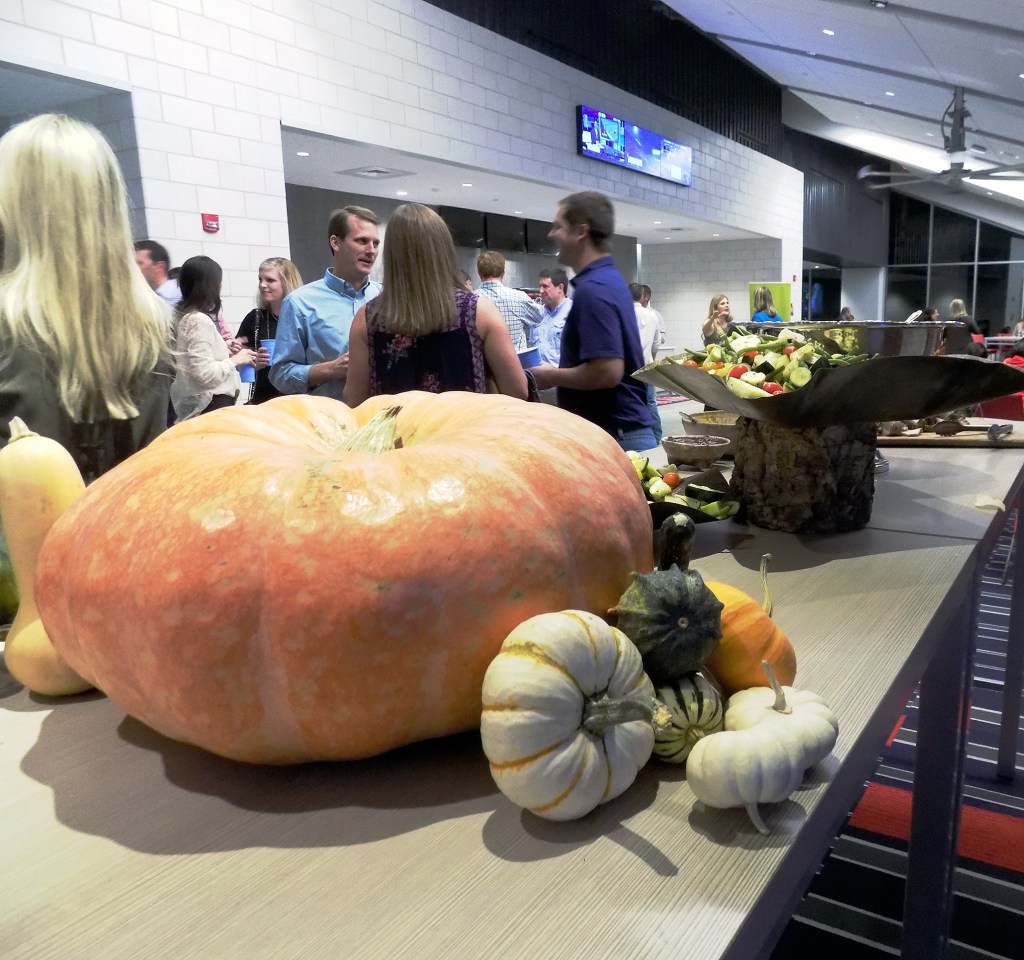 There wasn’t an Ole Miss football game this past Saturday, but part of Vaught-Hemingway Stadium was still filled to celebrate and raise money for a good cause.

Tailgate for Palmer, an event for the Palmer Home for Children, saw many filling the new Field Level Club section of the stadium for an indoor tailgate complete with red solo cups, burgers and pimento cheese dip. The party spilled out onto the sidelines of the field where the Jumbotrons showed other SEC football action.

The Palmer Home for Children began as an orphanage in Columbus, Mississippi in 1895. They have since expanded to add a second campus in Hernando, Mississippi as well as a network of caregiver homes throughout the state, Tennessee and Alabama. Palmer Home is an entirely privately funded organization.

Event Chairman, Elizabeth Randall, says that there are more than 100 children currently in the care of Palmer Home network with plans to include 200 children by the end of 2017.

“This ‘tailgate’ approach is a first for the Palmer Home,” Randall said in an email. “We wanted to build on a great relationship with Ole Miss, and showcase the work that Palmer Home is doing in the lives of today’s modern orphan and capitalize what Oxford enjoys most in the fall: tailgating and watching SEC football.”

The party coincided with The Great 38 race in honor of Chucky Mullins this weekend and the Palmer House met with Run Oxford to unite both events. Randall notes that Mullins himself was an orphan and foster child, giving the tailgate a deeper meaning.

“We met with the Run Oxford leadership and quickly realized that the synergies between their honoring Chucky Mullins fell right in line with the care Palmer Home provides for children,” Randall said.

She also added that Oxford will likely be the future home of another Palmer Home facility.

“Oxford is a great location because of its proximity between our two residential campuses,” she said. “We also see Oxford as the future hub of our foster care network for North Mississippi.  We are here to stay.”