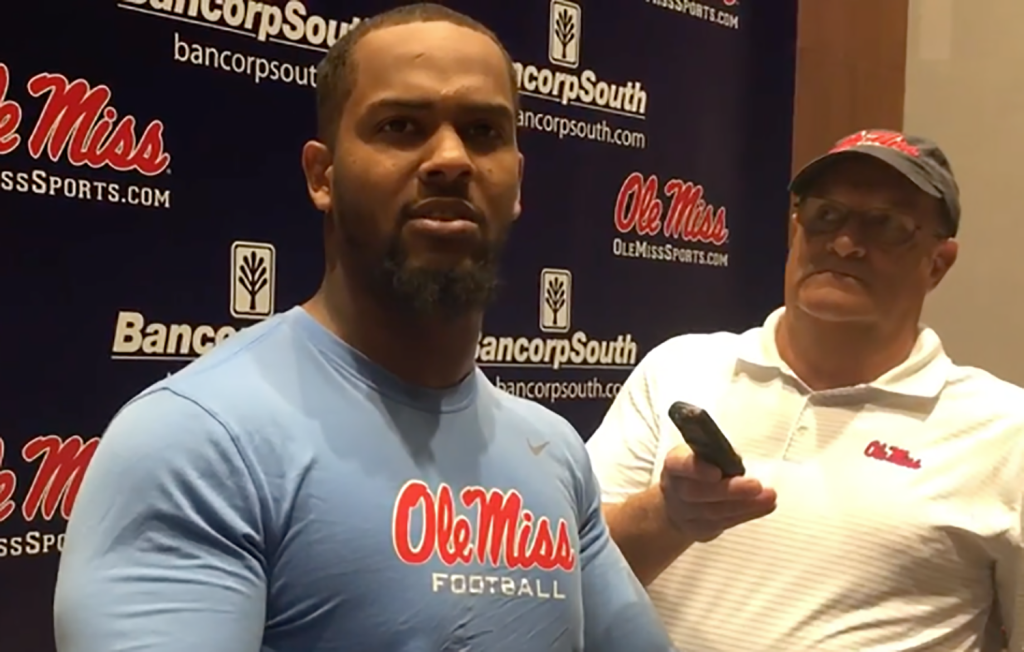 Issac Gross had to watch Ole Miss’ crazy overtime loss to Arkansas last year from the sideline after neck surgery early in the season sidelined him. The senior nose tackle will get to help the Rebels try to avenge that loss and stay in the Southeastern Conference Western Division race Saturday (6 p.m., ESPN) when Ole Miss travels to Fayetteville, Arkansas for the rematch.

Gross met with the media after Tuesday’s practice and hit on last year’s game, preparing for what expects to be another challenge against this year’s group of Razorbacks and his health among other topics.

Watch the full interview in the following video.