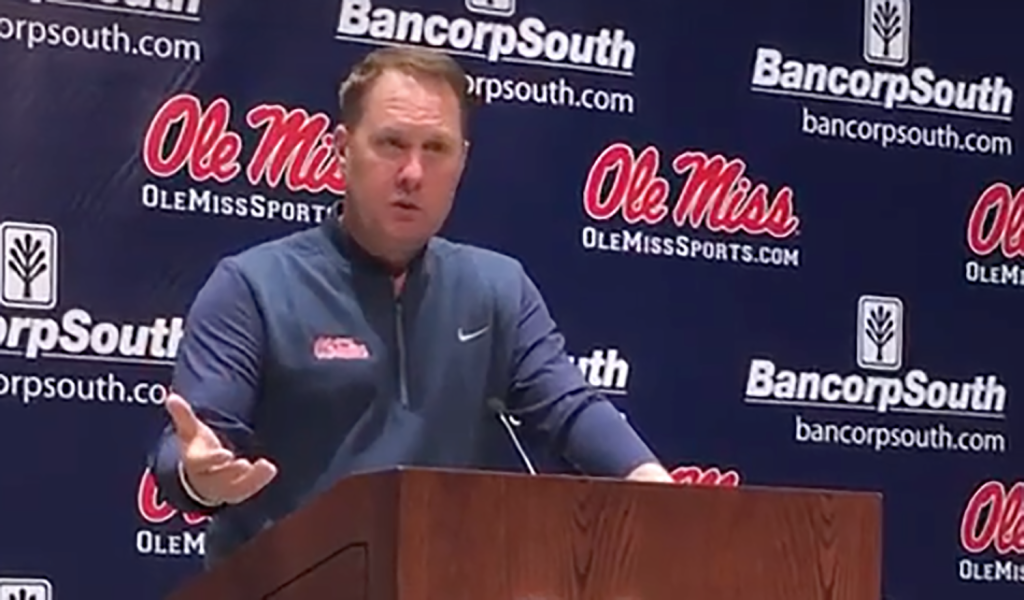 Ole Miss’ resiliency will be tested this week against LSU after another loss to Arkansas all but ended any of its championship hopes.

That’s what head coach Hugh Freeze said during his weekly press conference Monday with the 23rd-ranked Rebels sitting at 3-3 overall and 1-2 in the Southeastern Conference. It doesn’t get any easier this week with a late-night trip to Baton Rouge on Saturday (8 p.m., ESPN) to take on the 25th-ranked Tigers (4-2, 2-1).

It will also be a reunion for Freeze and his former boss, Ed Orgeron, who’s 2-0 since taking over as LSU’s interim coach. Freeze remembers Orgeron’s time as Ole Miss’ coach from 2005-07 more for his big career break — Orgeron gave Freeze his first on-field coaching job during that time — and less for the Rebels’ disastrous 10-25 record over those three years.

Watch Freeze talk about coaching against Orgeron, the team’s mentality and more in the following video.