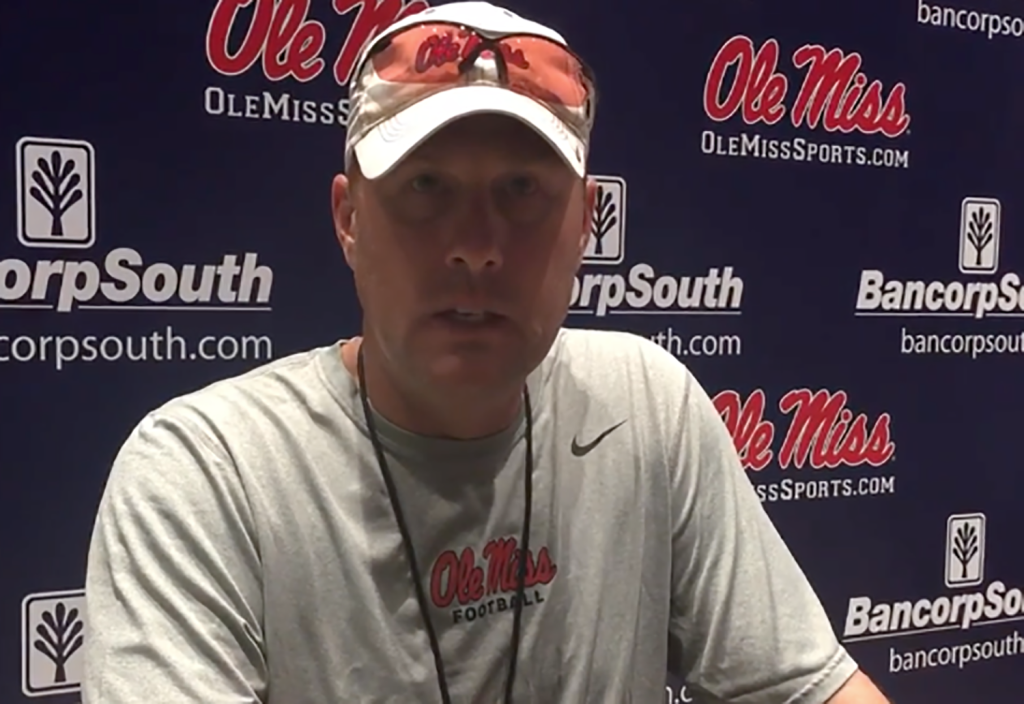 Ole Miss is having its first-team offense go against its first-team defense during practice this week in preparation for what will be an “extremely physical game” at LSU on Saturday, head coach Hugh Freeze said.

Freeze met with the media following Wednesday’s practice to talk about his team’s preparation leading up to the late-night kick at Tiger Stadium in Baton Rouge (8 p.m., ESPN). Freeze also hit on his receivers matching up against LSU’s defensive backs, the Tigers’ other back, Derrius Guice, and more.

Watch the full interview in the following video.