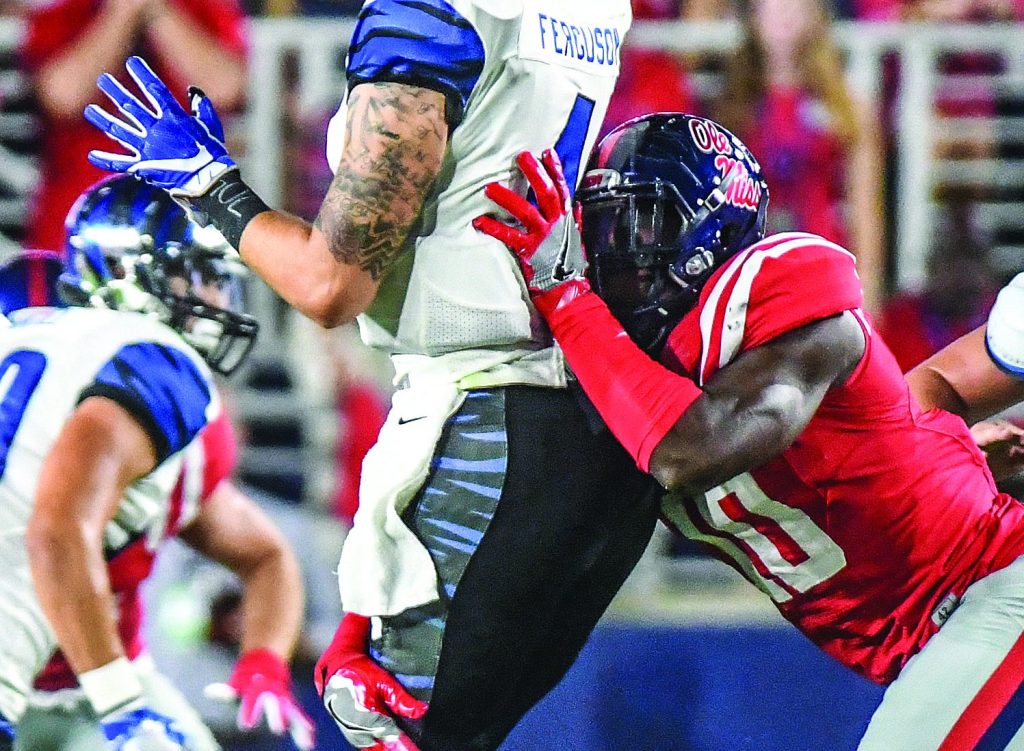 Ole Miss defensive end Marquis Haynes met with the media this week to talk about the Rebels’ upcoming game in Baton Rouge against LSU on Saturday (8 p.m., ESPN). Haynes, a junior, remembers the last time the Rebels visited Tiger Stadium in 2014 — a 10-7 loss for Ole Miss — for what he called the craziest night game he’s played in while at Ole Miss.

Haynes also talked going up against LSU star running back Leonard Fournette, though Haynes said he’s just as impressed with the Tigers’ other back, sophomore Derrius Guice, who’s averaging 9.1 yards a carry. Haynes hit on the Rebels’ continued struggles stopping the run ahead of going up against LSU’s tandem and more.

Watch Haynes’ full interview in the video below.