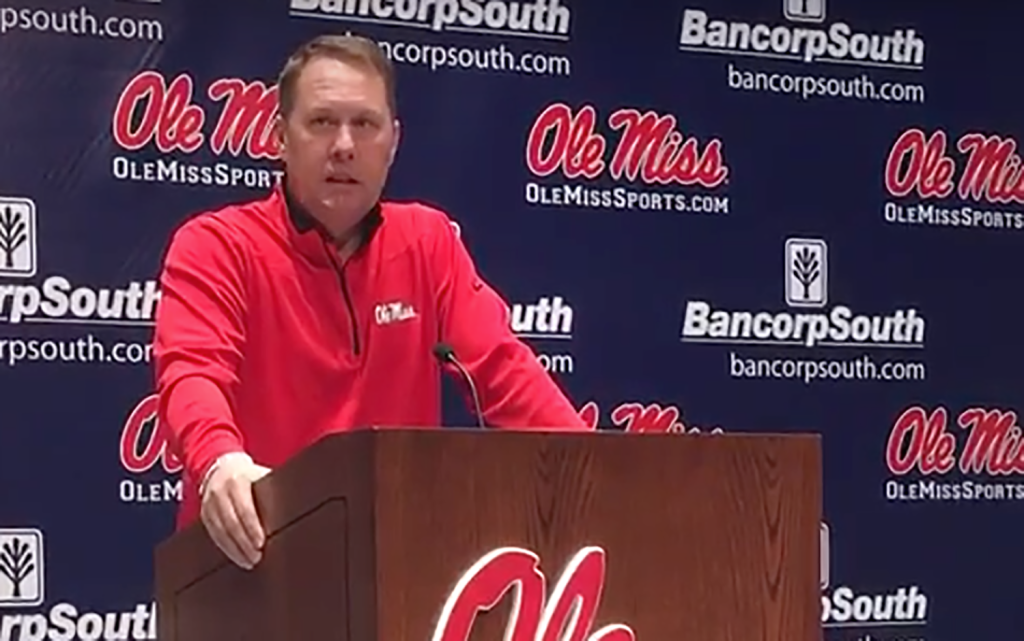 Ole Miss coach Hugh Freeze met with the media Monday to preview the Rebels’ game against No. 15 Auburn on Saturday (6:15 p.m., ESPN).

Things won’t get any easier for the Rebels’ struggling run defense against Auburn, which leads the Southeastern Conference in rushing after piling up a league single-game record 544 yards on the ground last week against Arkansas. Ole Miss has four losses in its first seven games, including its first back-to-back ones since 2014, and Freeze spoke to the his team dealing with that realization and the issues  — some old and some new — that have led to it.

Watch Freeze hit on all of this and more in the video below.