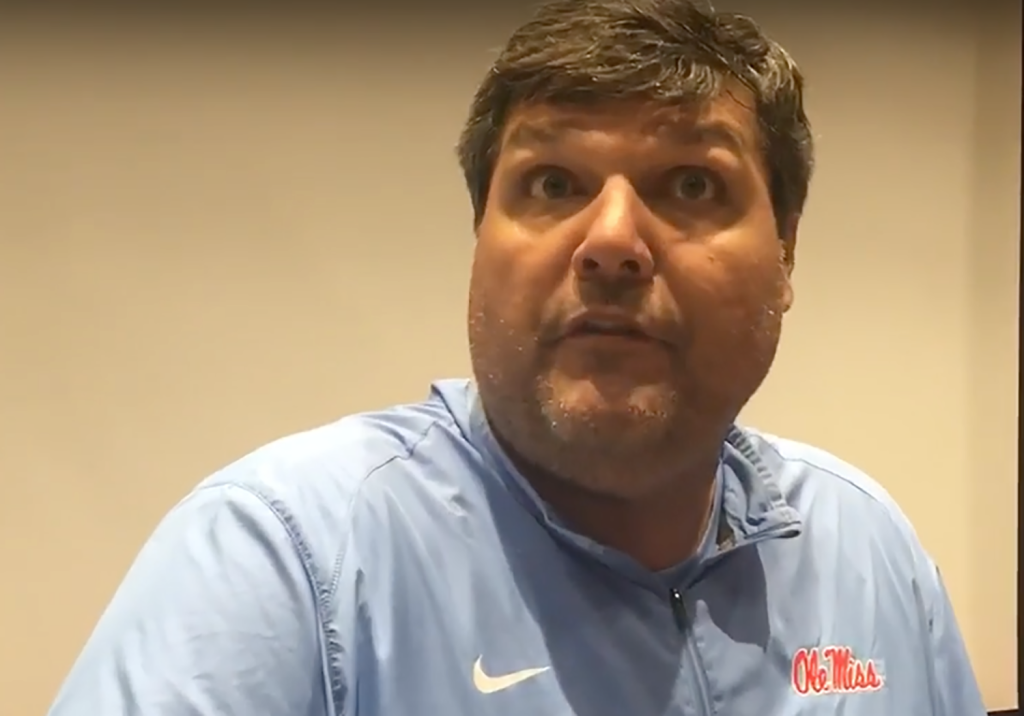 Ole Miss offensive coach Matt Luke spoke with reporters this week about his group’s preparation for Saturday’s game against Auburn.

The Rebels may be without a couple starters up front going against what’s been one of the strongest defensive lines in the Southeastern Conference all season. Left tackle Rod Taylor and right guard Jordan Sims didn’t practice Tuesday while nursing high ankles sprains, leaving Luke shuffling some things to prepare as if Taylor and Sims won’t play against an Auburn defense that’s tallied 18 sacks and 46 tackles for loss through seven games.

Watch Luke talk about the status of his injured players and the challenge his group faces in dealing with what he believes may be the most complete defensive front Ole Miss has seen to this point in the following video.