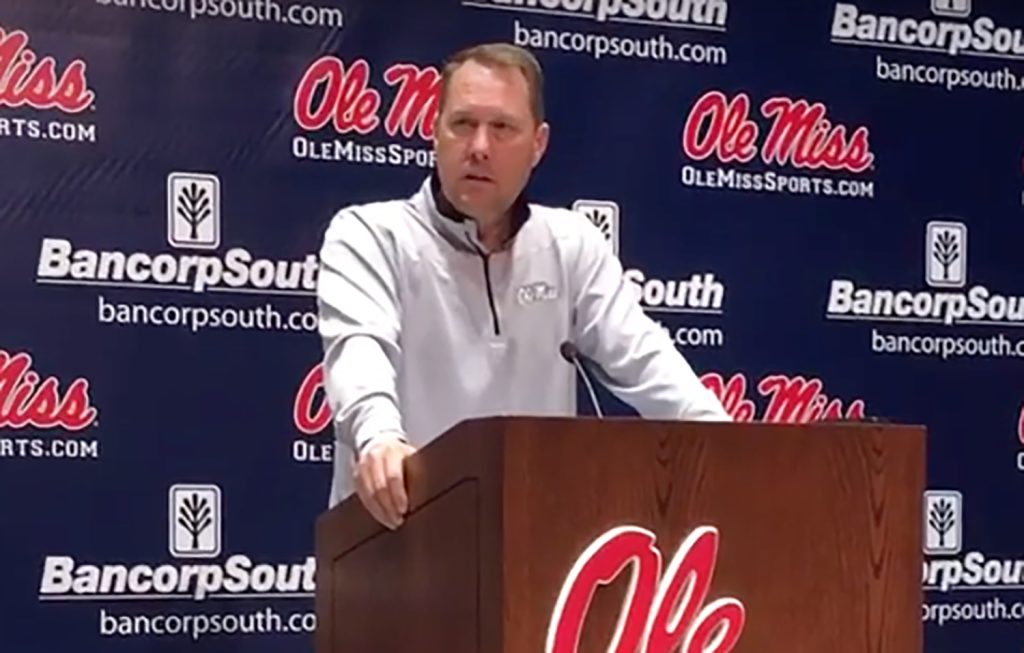 Ole Miss coach Hugh Freeze met with the media Monday to preview the Rebels’ game against Georgia Southern on Saturday.

Freeze also hit on some more shakeup at linebacker and the mounting injuries along the offensive line. He also spoke on students leaving early in the fourth quarter of Ole Miss’ 40-29 loss to Auburn last week — a one-possession game at the time.

Watch Freeze speak about all of this and more in the video below.