Watch Hugh Freeze talk about what’s next at quarterback, including Shea Patterson 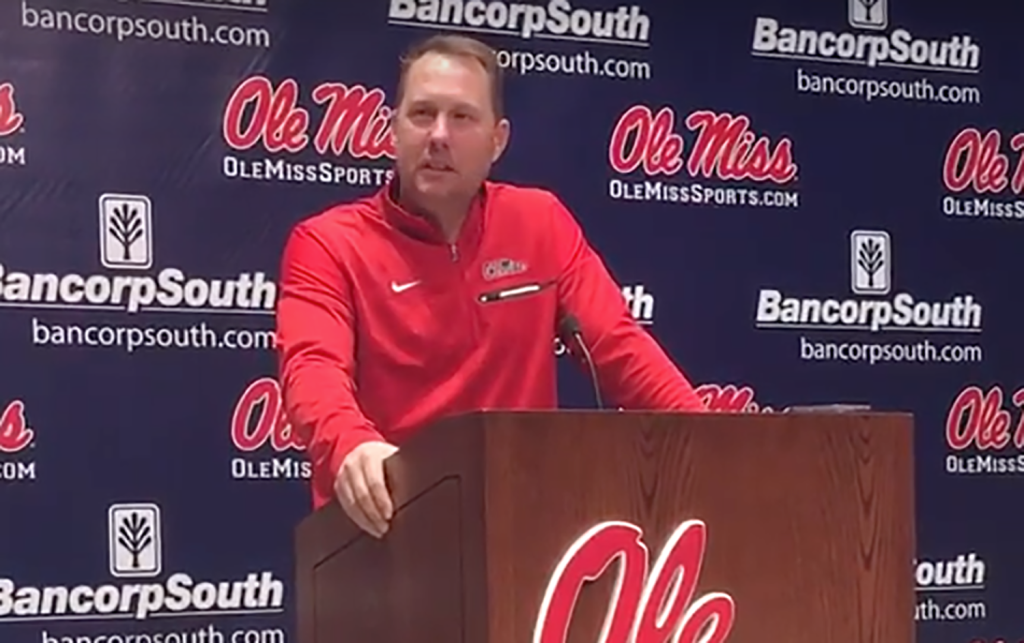 With quarterback Chad Kelly’s collegiate career over, the question for Ole Miss is this: Jason Pellerin or Shea Patterson?

Ole Miss coach Hugh Freeze continued to reiterate Monday that it would be hard for him to pull the redshirt off Patterson, the Rebels’ prized true freshmen, with three games to go in a sub-.500 season, but he’s not ruling it out. Pellerin, the Rebels’ backup all season, finished Saturday’s win over Georgia Southern when Kelly tore his ACL and meniscus and would likely get the start Saturday at Texas A&M.

Freeze said he may also looks at some other interesting options at quarterback. The Rebels (4-5, 1-4 Southeastern Conference) need at least two wins in their final three games to go bowling.

Watch Freeze talk about the quarterback situation and more in the following video.