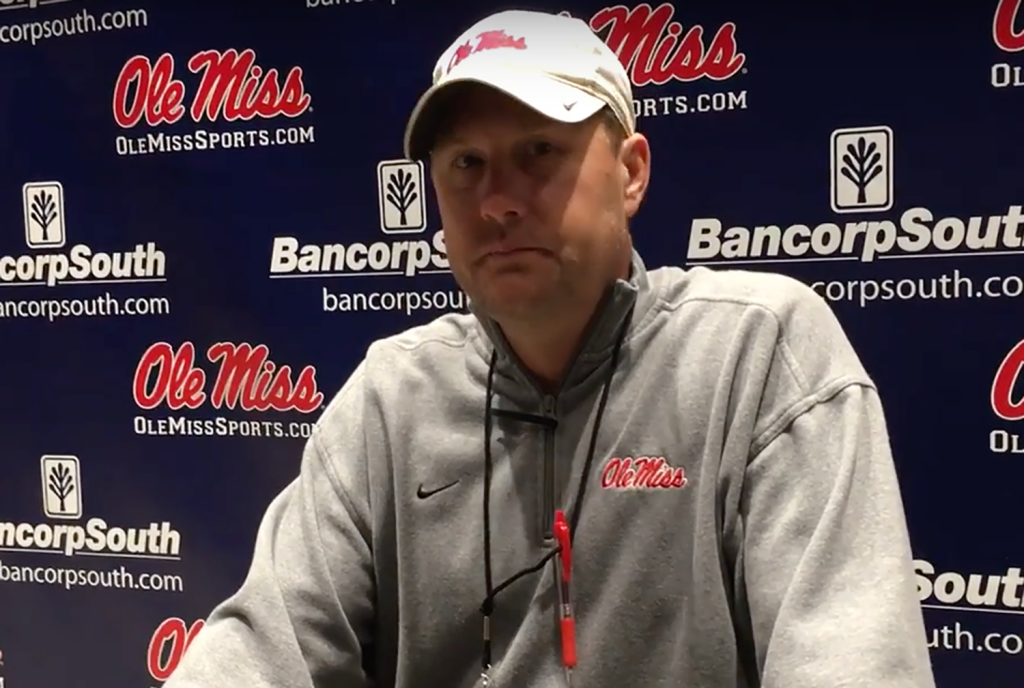 Ole Miss coach Hugh Freeze met with the media after the Rebels’ practice Wednesday and reiterated that the decision whether to play five-star freshman Shea Patterson now that Chad Kelly is out for the season with a knee injury still hasn’t been made.

Freeze isn’t saying much more about it at this point but did say Patterson has gotten some reps in practice ahead of Ole Miss’ trip to Texas A&M on Saturday (6:30 p.m., SEC Network) along with redshirt freshman Jason Pellerin and others after spending most of the season working with the scout team. Pellerin is in line to get his first career start against the Aggies unless Freeze makes a change.

Watch Freeze talk about the quarterbacks’ week of practice and more in the video below.