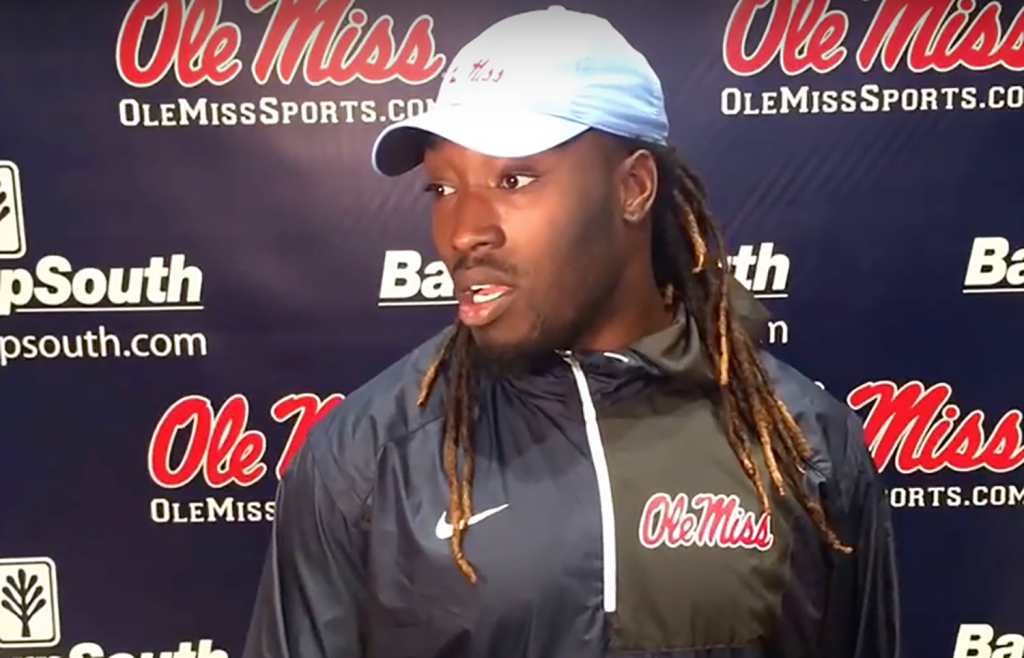 Ole Miss defensive end Fadol Brown met with the media this week to talk about a career day against Georgia Southern among other topics.

Brown has made incremental progress in his recovery from foot surgery that’s nagged him all season. He’s played in three straight games after sitting out a majority of the first six and posted a career-high 14 tackles his last time out. Brown’s focus now is doing what he can to help the Rebels’ porous run defense as they try to salvage a bowl game in the season’s final month.

Watch Brown talk about coming back from his injury, trying to win at least two of the last three games, the Rebels’ quarterback situation and more in the video below.