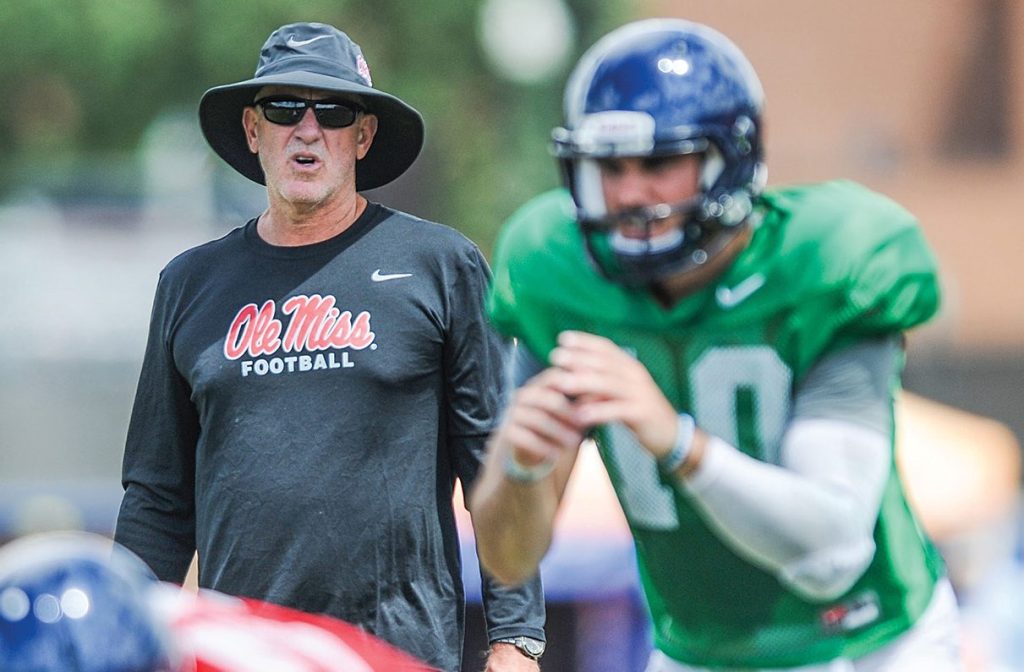 Hugh Freeze is in the market for two new coordinators.

Werner, in his second stint on Ole Miss’ staff, also served as the quarterbacks coach. He was the second-highest paid member of the coaching staff at $670,500.

“I am grateful to Dan for his contributions to our program,” Freeze said in a statement. “His leadership and experience were invaluable in the development of our quarterbacks. These are always very difficult decisions, but at this time, I believe it is best for our program to have a fresh approach. We wish Dan and his family the very best.”

The school also announced that administrative assistant Barney Farrar is no longer part of the staff. Farrar, who had served as assistant athletic director for junior college and high school relations, was recently placed on administrative leave as part of the NCAA’s ongoing investigation into the football program.

A year after ranking among the top 10 nationally in scoring, total offense and passing offense, Ole Miss has the SEC’s top passing offense (314.9 yards per game) and is fourth in scoring (32.6 points per game) and total offense (464.3). But the offense became just as much of a problem as the defense in the second half of a 5-7 season with the Rebels averaging 23 points in their final five SEC losses and just 4.8 points in the second half of those games.

Ole Miss scored double digits in the second half just once in its final six SEC games and was shut out in the final two quarters against LSU and a 5-7 Mississippi State team. Ole Miss managed just one touchdown in the second half against Vanderbilt and scored a season-low 17 points against the Commodores, which finished the regular season 6-6.

Experience gave way to youth at quarterback when Chad Kelly’s torn ACL in early November thrust prized freshman Shea Patterson into action, but neither got much help from a running game that continued to be inconsistent with running backs Jordan Wilkins (academics) and Eric Swinney (torn ACL) done before the season was a game old.

Ole Miss hasn’t been better than seventh in the SEC in rushing the last four seasons.

Farrar, who played a significant role in recruiting after being hired by Freeze in 2011, was put on leave last month while reportedly waiting to be interviewed by the NCAA about Ole Miss’ recruitment of Mississippi State linebacker Leo Lewis.

Farrar’s name originally surfaced in the NCAA’s probe when former offensive lineman Laremy Tunsil claimed after being selected in the first round of the NFL Draft that he took money from an Ole Miss staffer after screenshots of a text conversation between Tunsil and assistant athletic director for football operations John Miller were leaked to Tunsil’s Instagram account — a series of texts that included Miller telling Tunsil to “see Barney next week” after Tunsil said he needed help paying rent.