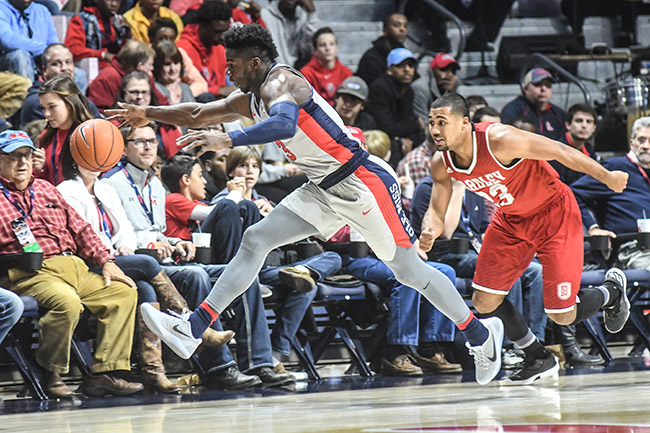 The Ole Miss men’s basketball team’s Southeastern Conference opener against No. 6 Kentucky will start an hour later than originally scheduled.

UPDATE: Gametime for the 12/29 game vs. Kentucky has been moved to 7 PM CT and will be televised on ESPN2! #DoNotMiss pic.twitter.com/L2Hk8n4Z5M

Ole Miss (8-3) will continue its four-game homestand against South Alabama on Thursday (8 p.m., SEC Network) before hosting the sixth-ranked Wildcats at The Pavilion. Coming off a thrilling 103-100 win over then-No. 6 North Carolina on Saturday, Kentucky (10-3) will travel to take on in-state rival Louisville on Wednesday.

The gold standard in the SEC, Kentucky will provide Ole Miss with one of its best opportunities to put a quality win on its resume for the NCAA Tournament. The Wildcats, whose only loss came to No. 2 UCLA, are ninth in the NCAA’s RPI rankings and fourth in the updated KenPom ratings.