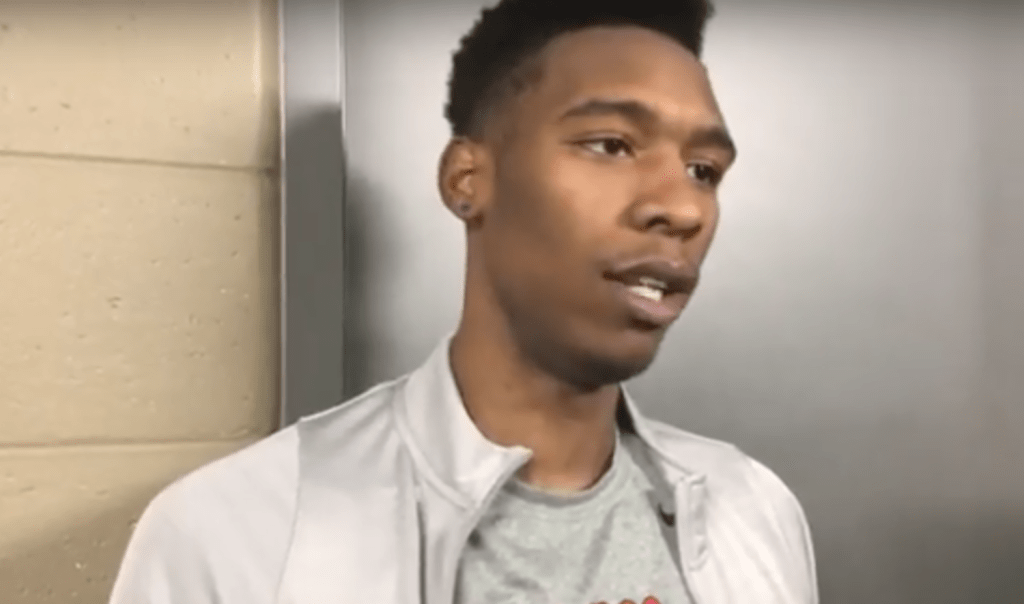 Ole Miss senior guard Rasheed Brooks talks to the media following the Rebels' 88-85 win over Auburn in Auburn, Ala. on Saturday. (Davis Potter)

Rasheed Brooks wasn’t the first option on the play that led to his go-ahead 3-pointer against Auburn on Saturday that halted the Tigers’ late momentum and helped Ole Miss avoid an 0-3 start to its Southeastern Conference schedule, but the senior was happy to be the default option.

With the game tied at 80 in front of a raucous crowd at Auburn Arena, Ole Miss drew up a play to isolate leading scorer Deandre Burnett, who finished with 18 points. But Burnett was cut off by Auburn’s defense on the way to the basket and read the Tigers’ rotation, Ole Miss coach Andy Kennedy said, which left Brooks open at the top of the key for the shot that put the Rebels ahead for good with 39 seconds left in an 88-85 win, their ninth straight over Auburn.

Watch Brooks talk about the play, getting the first conference win and more in the following video.