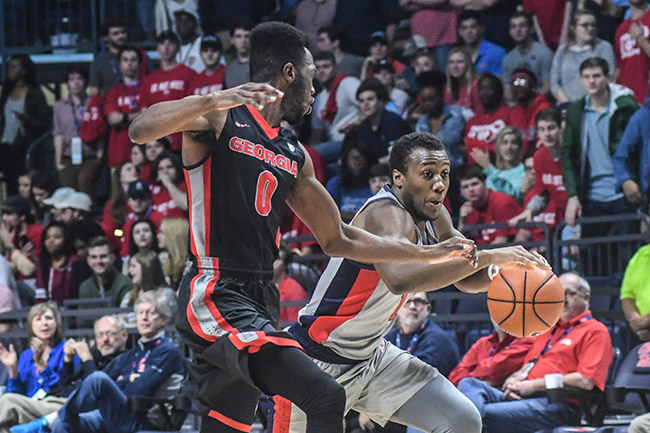 COLUMBIA, S.C. — Ole Miss’ Deandre Burnett, who continues to nurse a high ankle sprain, will not play in Saturday’s game at South Carolina.

Burnett, the Rebels’ leading scorer, suffered the injury late in the first half of Ole Miss’ 69-47 loss to Georgia on Wednesday and didn’t return. An MRI on Thursday revealed the injury wasn’t more severe, but Burnett watched Saturday’s pregame warmups from the bench in street clothes with a boot on his left foot.

Freshman Breein Tyree, who got most of the minutes against Georgia once Burnett went out, and Donte Fitzpatrick-Dorsey will fill the void at the point with Burnett out. The Rebels could also go back to Cullen Neal, who played the point until moving off the ball a couple of games ago.

Burnett is the SEC’s fourth-leading scorer at 18 points per game while his 91-percent clip from the free-throw line is tops in the league, though he has more turnovers (55) than assists (50) through 16 games.